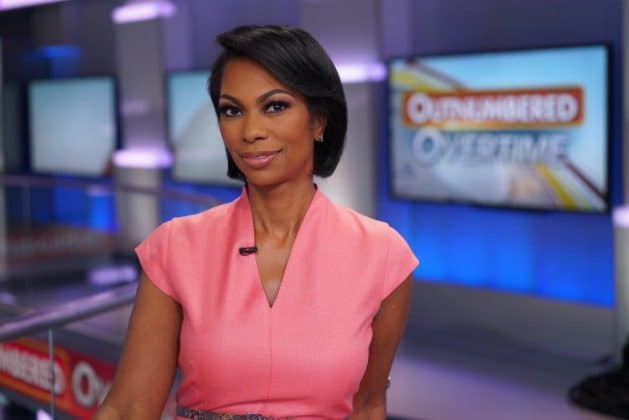 Harris Faulkner is a famous American TV show host and newscaster. She is best known for her work association with Fox News Channel, where she hosts the daytime show “The Faulkner Focus”. She is also known as a host of the talk show “Outnumbered”. As of 2022, Harris Faulkner net worth is summed up to be around $8 million.

Harris Faulkner was born on 13th October 1965 in Atlanta, Georgia, United States. Her father, Bob Harris was a retired Lieutenant Colonel, who served as a U. S. Army. She has spent most of her childhood days in West Germany. For her study, she joined the University of California, Santa Barbara. She earned her graduate degree from the University majoring in mass communication.

Harris started her career working as a freelance business writer with an alternative weekly newspaper, LA Weekly. She was getting $50 for each article at that time. Following that, she worked as an intern at Los Angeles-based TV station, KCOP-TV. At the network, she was made to do some small tasks.

After earning some experience at the TV station, she moved to Greenville, North Carolina. There, she got a chance to work as an anchor and news reporter for the TV station, WNCT-TV. In 1992, she joined Fox-affiliated TV station, WDAF-TV. She was working as an evening anchor at the TV network.

Her next working destination came at ABC-affiliated TV station, KSTP-TV. She worked as an evening anchor for the TV station until July 2004. After few months, she was hired by Fox News, and she was given the role of correspondent, who would cover the news report for the TV show “A Current Affair”. She was a part of the show until it was canceled in October 2005.

In 2011, Harris was given a new responsibility by Fox to work on her solo network newscast called “Fox Report Weekend”. She dedicated six years serving as an anchor of the show till 2017. Faulkner started serving as a co-host of Fox News daytime show “Outnumbered” in April 2014. She is presently hosting her own show on Fox titled “The Faulkner Focus”.

Harris Faulkner is married to public relations professional, Tony Berlin. She tied the knot with him in 2003. Tony has previously worked as a report at WCCO-TV. He is currently running his own public relations company, Berlin Media Relations. She has two daughters with hubby Tony.

Harris Faulkner has gathered an approximate net worth value of around $8 million by 2022. She is presently getting an annual salary of $2 million from Fox News Channel. Harris sued the toy manufacturing company, Hasbro for $5 million for using her name to sell their plastic toy hamster in September 2015. The suit was later settled out in mutual consent between Hasbro and Harris with an undisclosed amount.

Vinny Guadagnino Net Worth: How Rich is the Jersey Shore Star?

Wesley Laga Net Worth: How Rich is Courtney Roker’s Husband?