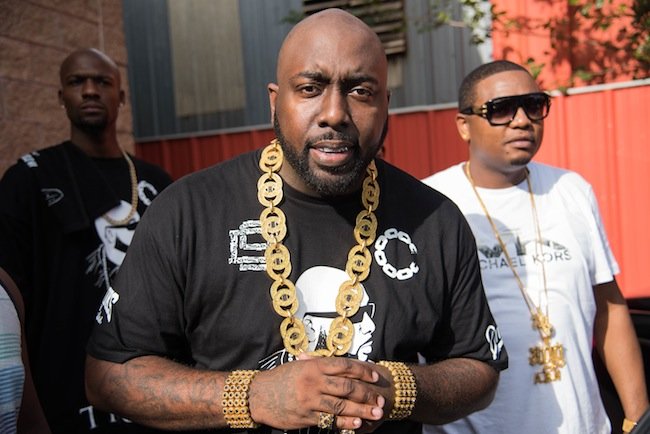 Frazier Othel Thompson III, better known as Trae Tha Truth is a 41 years old American rapper. He rose to prominence with his debut studio album “Losing Composure”. Truth is also known for being a member of the underground rap group “Screwed Up Click”. Trae was recently presented the Change Maker Award on May 23, 2021, at the 2021 Billboard Music Awards. As of 2022, Trae Tha Truth net worth is estimated to be roughly $500 thousand.

Trae Tha Truth was born Frazier Othel Thompson III on July 3, 1980, in Houston, Texas, United States. He has not shared enough information on his early life, parents, and academic background. He seems to have an interest in rapping from the beginning of his childhood days.

Trae made his rapping debut by making a guest appearance on rapper Z-Ro’s album “Lock What You Did to Me”. After few years of struggling, he came up with his solo album “Losing Composure”, which was released in 2003. The album helped him to get early recognition as a rapper. After that, he released three albums “Same Thing Different Day” in 2004, “Restless” in 2006, and “Life Goes On” in 2007.

You May Also Like:   Fredo Bang Net Worth: Height, Age, Bio & Real Name

Besides working on a solo album, he has also worked along with fellow Houston rapper, Chamillionaire. He has worked with him on his Mixtape Messiah series. Likewise, he has formed a rap duo ABN with rapper, Z-RO. The rap duo even released two albums titled “Assholes by Nature” and “It Is What It Is”.

Trae Tha Truth is assumed to be single at present time. He has not even shared a single hint of being in a relationship with anyone yet. Apart from his music career, Trae has been quite active in philanthropy work.

Along with some of his friends, he founded a non-profit organization, Relief Gang in 2017. The group initially helped the people around the Houston area during Hurricane Harvey. For his philanthropy work in the community, Trae was presented the Change Maker Award by the philanthropist, Tina Knowles-Lawson at the 2021 Billboard Music Awards.

Trae was one of the victims of a gunshot that happened at 9850 Westpark Drive, Houston on June 20, 2012. During the shootout, he lost one of his friends, Dinky D Dorsey. The main suspect of the shootout Feanyichi Ezekwesi Uvukansi was arrested by the police on July 4, 2012.

As of 2022, Trae Tha Truth’s net worth is estimated to be around $500,000. He has earned all the money from his music career. Trae might also be earning a hefty amount from his self-titled YouTube channel, which has 309K subscribers, and over 127 million views.

YNW Bslime Net Worth: How Rich is the Rapper Actually in 2022?