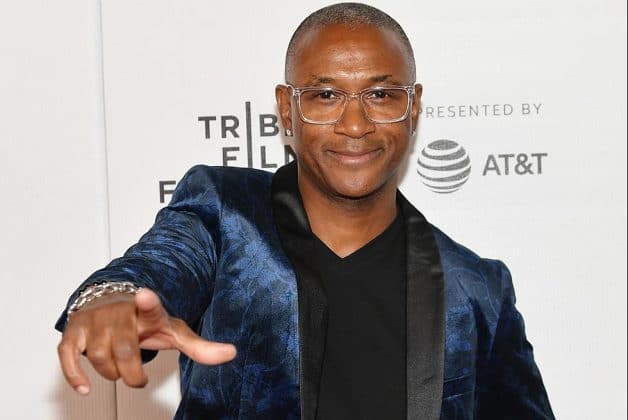 Anthony Reed, better known as Tommy Davidson is a 58 years old American comedian and actor. He is best recognized for being an original cast member of the sketch comedy show “In Living Color”. Tommy is also known for his amazing performance on the TV sitcoms “Between Brothers” and “Malcolm and Eddie”.As of 2022, Tommy Davidson net worth is estimated to be roughly $3 million.

Tommy Davidson was born Anthony Reed on the 10th of November, 1963 in Rolling Fork, Mississippi, United States. He was raised by a white woman, Barbara Jean Davidson after his real mother abandoned him in the trash. Tommy’s adoptive parents changed his name to Thomas David after they officially adopted him. He grew up with two elder white siblings.

Regarding his education detail, he has studied at the Rosemary Hills Elementary School. In 1981, after graduation, he studied communications at the University of the District of Columbia. At that time, he worked as an intern at the University’s radio station. While he was studying, he used to work as a kitchen helper and cleaner.

Tommy kicked off his professional career as a stand-up comedian in the year 1986. His journey as a stand-up comedian began when his childhood friend was convinced him to show his talent at The Penthouse strip club. After his first step, he continued to perform in other various comedy clubs. Davidson even opened concerts for renowned personalities such as Starpoint, Patti LaBelle, and Kenny G.

Tommy made his acting debut in 1989 by appearing in the anthology series “CBS Summer Playhouse”. In 1990, he started performing in the sketch comedy TV show “In Living Color”. He received huge recognition from the comedy show. Davidson played various roles for 125 episodes in the TV show for four years from 1990 to 1994.

Tommy earned further recognition after he appeared as Dexter Sherman in the TV sitcom “Malcolm & Eddie”. In 2001, he provided his voice for the character of Oscar Proud in the animated series “The Proud Family”. His voice-over work was well appreciated by all audiences. Tommy is currently hosting the TV show “Vacation Creation”

Davidson has also shown his remarkable acting skills in the movies such as “Juwanna Mann”, “Bamboozled”, and “Strictly Business.” He has recently appeared on TV One’s episode “Uncensored”, where he shared his life experience being an adoptive child. Likewise, he recently performed live at the 3E’s Comedy Club for two days on September 10, Friday, and September 11, Saturday.

Tommy Davidson is married to Amanda Moore. He tied the knot with Amanda in 2015. Tommy shares a strong bond with his wife, Amanda, as he frequently posts fun pictures with her on Instagram. As per source, Amanda is his second wife, and he has six kids in total.

As of 2022, Tommy Davidson’s personal wealth is estimated to be around $3 million. He has gathered the whopping amount through dedicating over three decades to the entertainment industry. Tommy is also earning a big amount from his overseas tours, and stand-up comedy concerts.

Norm Macdonald Net Worth: How Rich was the Comedian Actually?