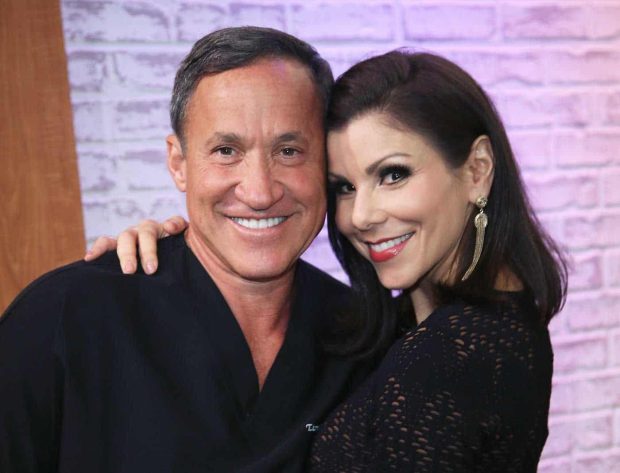 Terry Dubrow is a 63 years old American plastic surgeon and reality TV personality. He is best recognized for appearing as a co-host of the E! channel’s reality series “Botched”. Terry is also known for his appearance on Bravo’s reality show “The Real Housewives of Orange County” alongside his wife, Heather Dubrow. As of 2022, Terry Dubrow net worth is estimated to be around $50 million.

Terry Dubrow was born in Los Angeles, California on the 14th of September, 1958 to his parents, Alvin and Laura Dubrow. He belongs to an Ashkenazi Jewish heritage and was brought up by his parents in Los Angeles alongside his elder brother, Kevin. His big brother has performed as the lead singer of the popular metal band, Quiet Riot until he died due to a drug overdose in 2007.

Terry studied at the University of California where he joined the Los Angeles School of Medicine. After receiving a medical degree from the School of Medicine, he completed his master’s degree from Yale University. Following that, he completed a residency in general surgery and became a chief resident at Harbor-UCLA Medical Center. Then, he continued his medical practice at the UCLA Medical Center, where he accomplished his fellowship in plastic and reconstructive surgery.

Dubrow then opened a private practice in Newport Beach, California, where he offered cosmetic and reconstructive plastic surgery. His work as a plastic surgeon has received amazing reviews and earned doctor referrals for his special surgery procedures such as tummy tucks, facelifts, rhinoplasty, and difficult breast revision cases.

You May Also Like:   Kris Fade Net Worth: How Rich is 'Dubai Bling' Star Actually?

In 2004, he was approached by Fox’s producers to feature on their reality show called The Swan. Following his appearance on the reality series, many people came to him to get plastic surgery, and there was a long waitlist of people in his private practice for 3 months to 5 months.

In summer 2014, Terry and Dr. Paul Nassif appeared together on the E! reality show called “Botched”. In the reality series, the two plastic surgeons were visited by people whose plastic surgery had gone wrong. Previous to that show, he appeared in the show called Bridalplasty, which was based on 12 women who are competing for a wedding and to transform themselves through cosmetic procedures. Terry used to perform the surgical procedures.

Dubrow has also appeared on other TV shows such as Good Work, which aired for a few months in 2015. In August 2016, he became a part of the 8 episode spin-off series of Botched called “Botched by Nature”. Likewise, he has also made appearances on shows like “Good Day LA”, The Early Show on CBS”, “The View” and “Larry King Live”.

Terry has also been featured on Bravo’s popular reality series “The Real Housewives of Orange County”. In the recent episode, Terry was brought into the limelight after one of the housewives Shannon Storms Beador revealed her friend, Nicole had once sued Terry Dubrow.

However, after Heather’s confrontation with Shannon, she apologizes to Dr. Dubrow during the soiree. Shannon mentioned that Terry is a brilliant surgeon with an impeccable reputation and what she did was wrong. Terry has recently been in the headline after he was found selling the COVID-19 virus detection kits with more than 140% price on the home shopping channel called ShopHQ.

Terry Dubrow is married to The Real Housewives of Orange County star, Heather Dubrow. They exchanged wedding vows on June 5, 1999. Together, the pair shares four kids.

His wife, Heather delivered twins named Maximillian and Nicholas in 2004. Then, in 2007, she gave birth to a daughter named Katarina, and her fourth kid, Collette was born in 2010. Terry and Heather has written and published the e-book called The Dubrow Keto Fusion Diet on March 31, 2020.

As of 2022, Terry Dubrow’s personal wealth is estimated to be around $50 million. Besides earning a hefty amount being a plastic surgeon, he is also making a considerable amount from his appearance on reality TV shows. In addition to that, he has developed a skincare line with his wife, Heather called Consult Beaute.

Jesse Watters Net Worth: How Rich is the Fox News Host Actually?