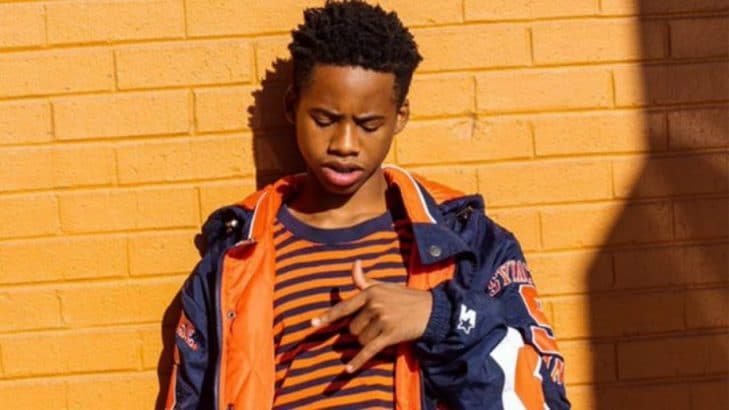 Taymor Travon Mcintyre, who is better known by his stage name as Tay K, is an American rapper and songwriter. Before being convicted for murder, Tay K made his name through the song called The Race which managed to reach number 44 at the US Billboard Hot 100. As of 2021, Tay K net worth is estimated to be around $250,000.

Tay K grew up in Compton with his father being a member of a gang named the Baby Insane Crips. As he grew up, he had to witness his father being imprisoned. Tay K studied at Martin High School but would later shift to Young Junior High School. In his early days as a rapper, Tay K was heavily inspired by the likes of Chief Keef and Soulja Boy.

Tay K Net Worth and Career

Tay K would then start his career as a rapper by being part of the group called Daytona Boyz in 2014 which included other members such as Pimpyz and Santana Sage. One of their earliest tracks was called Drift which would be released on Soundcloud. Over time, they started to release more songs and gained popularity in the underground rap scene there. Furthermore, they would also be performing in different shows and parties.

He would then release his single in 2015 called BIFF XANNEN and with the positive feedback that he received, he would go on to release another song called Megaman as well. Yet, this would also be the time when he would start having problems with the law and was arrested multiple times. However, it is actually at this time that his popularity started to grow.

Tay K has released multiple songs but his biggest success has been the single called The Race. This song garnered a lot of attention because of the events that surrounded Tay K at the time. He was releasing these songs while he was still on the run from the police for his crimes and the song would eventually be released to Youtube during the same day that he would be captured by the police.

Tay K has been involved in several serious crimes. In 2019, he would be found guilty of murder because of his involvement during an invasion and robbery that occurred in 2016. The victim was a 21-year-old man named Ethan Walker because of which Tay K was sentenced to 55 years in prison.

As of 2022, Tay K’s personal wealth is estimated to be around $250,000. His record deal with 88 Classic and RCA Records is estimated to have earned him more than $600,000. However, after being charged for murder, he had to pay a lot of fines as well as a lot of fees in the lawsuits that were ensured after that.

Trick Daddy Net Worth: How Rich is the Rapper Actually in 2022?