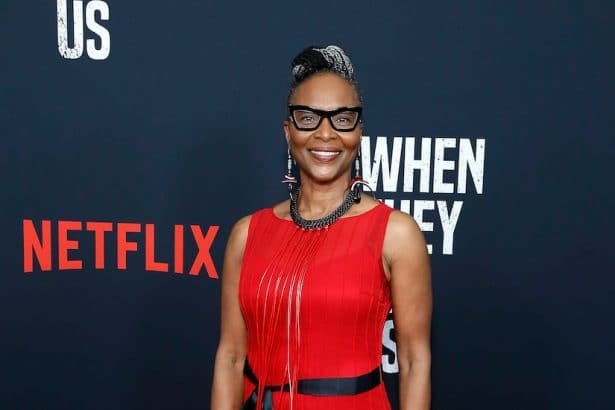 Suzzanne Douglas was an American actress best known for her role as Jerri Peterson on the popular sitcom ‘The Parent Hood’. Suzzanne Douglas net worth before her death is estimated to be around $5 million.

Suzzanne Douglas was born on April 12, 1957, in Chicago, Illinois. She was born to Lois Mae Thompson and Donald Douglas Sr. She was raised mostly by her single mother. Suzzanne was interested in acting from her early days as she sites 1965’s ‘The Sound of Music’ as her inspiration.

Regarding her education, she went to Thornton Township High School where she graduated in 1975. She then went to Illinois State University and graduated with a Bachelor of Arts degree. Suzzanne then did her Master’s degree in Jazz Vocals at the Manhattan School of Music.

Suzzanne’s career started in 1981 with a short role in the movie Purlie. However, her big break came in 1981 after she was cast as Amy Simms opposite Gregory Hines and Sammy Davis Jr. in the movie Tap. Her performance in the movie earned her an NAACP Image Award for an Outstanding Supporting Actress in Motion Picture.

She then went on to feature on several movies and TV shows including ‘The Inkwell, ‘Jason’s Lyric’, Against the Law’, ‘Great Performances’, ‘American Playhouse’, and ‘I’ll Fly Way’. Her biggest performance to date was when she performed the role of Jerri Peterson on the series ‘The Parent Hood’. The show ran from 1995 to 1995 where she appeared in almost 90 episodes.

Other than that, Suzzanne has done several movies and television shows like ‘How Stella Got Her Groove Back’, ‘School of Rock’, ‘Sunday on the Rocks’, ‘Changing the Game’, ‘Law & Order: Special Victims unit’, ‘The Good Wife’, and ‘Bones’. More recently, she portrayed as Cissy Houston in the TV movie ‘Whitney’ in 2015. She also appeared on the Netflix show ‘When They See Us’ which was directed by Ava DuVernay.

Suzzanne was married to neuro-radiologist Roy Jonathan Cobb. They married in 1989 and have one daughter named Jordan Cobb. Like her mother, Jordan is an actress and has appeared in the TV series ‘Liberty: Tales from the Tower’.

On July 6, 2021, Suzzanne Douglas died from cancer at her home on Martha’s Vineyard at the age of 64. Her death was announced first by her cousin, Angie Tee saying: “A beautiful and talented actress made her transition today. She warmed our hearts on movie screens and television sets all over the world… The world will miss your talent but your soul will live on forever.”

Suzzanne Douglas’ personal wealth before her death is estimated to be around $5 million. She earned most of her money as an actress which spanned for over 40 years. Altogether, she has appeared in over 35 movies and TV shows.

Tara Reid Net Worth: How Rich is Tara Reid Actually in 2022?

Tabitha Brown Net Worth: How Rich is the Actress Actually?