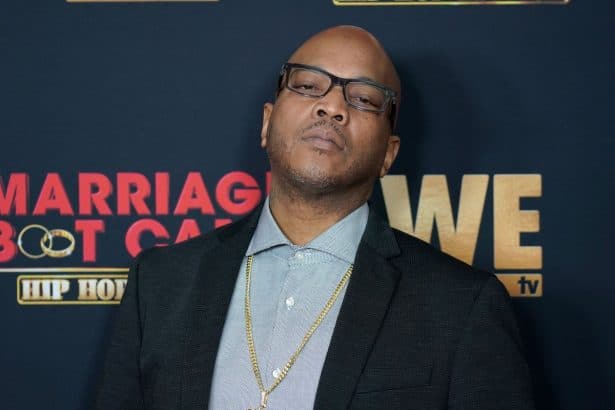 David R. Styles, better known as Styles P is a 47 years old American rapper. He is best known for being one of the members of the hip hop group “The Lox”. Styles is the founder of the record label D-Block Records which he founded along with other members of The Lox. As of 2022, Styles P net worth is estimated to be roughly $4 million.

Styles P was born David R. Styles on the 28th of November, 1974 in Corona, Queens, New York. His father is from Jamaica, and his mother is a South African. Styles was primarily raised by his mother after his parents separated with divorce.

After separation, he along with his mother and younger brother, Gary permanently settled down in Yonkers. He lost his brother in a car accident on 13th May 2001. While growing up in Yonkers, he met two precious friends, Sheek Louch, and Jadakiss, who had the same passion for hip hop as he did.

Along with Sheek and Jadakiss, he formed a hip hop ground named The Lox in 1994. The trio started performing their rap songs in the mid-1990s. Their musical dream started turning into reality after they met with singer and actress, Mary J. Blige who introduced them to the rapper, Sean Diddy Combs”.

Sean was impressed with their lyrics, and soon, they were hired to write for his record label, Bad Boy Records. The Lox eventually got signed with Bad Boy Records and started collaborating with Diddy, Mary J., The Notorious B.I.G., and Mariah Carey.

You May Also Like:   Armani Caesar Net Worth: Height, Age, Wiki, Career & Boyfriend

The trio received international recognition after they paid tribute to the late Biggie Smalls in 1997 with the song “We’ll Always Love Big Poppa”. The single became the most played hit song in 1997 which unlocked the door of more writing opportunities for The Lox. In January 1998, The Lox came up with their first album titled “Money, Power & Respect”. The album became a big hit which was certified platinum.

The Lox released their second studio album “We Are the Streets” on January 25, 2000. Though he was getting popular with the hip hop group, Styles also wanted to show his talent as a solo artist. In 2002, he came all prepared and dropped his debut solo album titled “A Gangster and a Gentleman”. The album includes a hit song titled Good Times. The song peaked its spot at 6th place on Billboard Hot R&B/Hip-Hop Songs, and 22nd spot on the US Billboard Hot 100.

Styles released his second studio album “Time is Money” on 19th December 2006, he dropped his third studio album “Super Gangster (Extraordinary Gentleman” on 4th December 2007. In 2010, he returned back to the hip-hop scene, and released two retail albums titled “The Green Ghost Project”, and “The Ghost Dub-DIme”.

In 2016, he reunited with his old mates of The Lox, and soon, they released their third album titled “Filthy America… It’s Beautiful”. The album was a big hit that peaked at the 6th spot on the Billboard Top R&B/Hip-Hop Albums chart. Style’s recent studio album includes “Styles David: Ghost Your Enthusiasm”, which he dropped on May 22, 2020.

Styles P is a married man who tied the knot with a lady named Adjua on 31st July 1995. He is the stepfather of Adjua’s two kids named Noah and Tai, who were born from his wife’s previous relationship. One of his stepdaughters, Tai died by suicide in 2015. Styles and his wife, Adjua has made an appearance on the 16th season of the reality TV series “Marriage Boot Camp” in 2020.

Styles was sentenced to Westchester County Jail for eight months in 2002 after he stabbed a man during an altercation at a nightclub in New York in July 2002. After the incident, he surrendered himself to the authorities on 26th November 2002, and on the same day, he was taken to the Westchester County Jail. He was released free from prison on 4th August 2003.

As of 2022, Styles P’s net worth is estimated to be around $4 million. He has earned a hefty sum from his music career. Besides dedicating time to music, he is also running four juice bars in New York along with his old mate and The Lox member, Jadakiss.

Juelz Santana Net Worth: How Rich is the Rapper Actually in 2022?