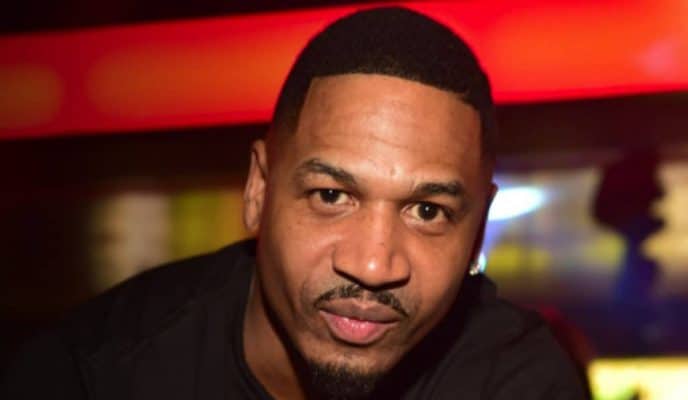 Steve Aaron Jordan, better known as Stevie J is a 50 years old American record producer, DJ, singer, and TV personality. He has produced many known artists such as Tevin Campbell, Mariah Carey, 112, Faith Evans, Eve, and Jay-Z. Stevie is listed as one of the most successful record producers of the mid to late 1990s. As of 2022, Stevie J net worth is estimated to be around $6 million.

Stevie J was born Steven Aaron Jordan on the 2nd of November, 1971 in Utica, New York, United States. He was born to his parents, Penny Daniels and Moses Jordan. Stevie grew up in two places in New York; Buffalo and Rochester. He was raised by his father after his mother left him and his dad. He also has a brother named, Mike J.

Stevie started off his career by joining as one of the members of Bad Boy Records’ “Hitmen”. He was associated with the record label as a producer and songwriter during the 1990s. Stevie has worked as a producer on several Bad Boy Projects like the debut album of R&B quartet, 112. He also produced several records for the rapper, B.I.G’s album “Life After Death”.

You May Also Like:   Chucky Thompson Net Worth: How Rich was the Record Producer?

Stevie received a Grammy Award in 1997 for his production work on Puff Daddy’s first studio album “No Way Out”. He was also nominated for a Grammy Award for his production work on the singer, Mariah Carey’s sixth studio album, Butterfly. To date, he has produced for many known music artists including Beyonce, McKnight, Deborah Cox, Tamia, Simbi Khali, and Tevin Campbell. He was also co-writer of rapper, Eve’s 2001 hit song “Let Me Blow Ya Mind”.

Besides his contribution as a record producer and songwriter, he also became popular for appearing as a primary cast member on VH1’s reality TV series “Love & Hip Hop: Atlanta”. In the popular reality series, he was featured in a love triangle with his former girlfriend, Mimi Faust, and his new girlfriend, Joseline Hernandez. During the appearance in the reality series, Stevie was supposed to have got married to Joseline, however, later it was revealed that the pair were not legally married.

Stevie J is married to singer and record producer, Faith Evans. He tied the knot with her on July 17, 2018, in Las Vegas. Stevie has recently filed for divorce with his wife, Faith. As per the sources, he filed divorce documents to Los Angeles County Superior Court on Monday, November 8, 2021. In 2020, his wife, Faith was arrested for domestic violence on a charge of attacking Stevie.

Stevie has been in a relationship with many ladies in the past. He has six children from different women he dated in his early years. He also has a daughter from his ex-girlfriend, Joseline Hernandez, named Bonnie Bella Hernandez who was born on December 28, 2016. In February 2017, he was sentenced to 3 years of probation for non-payment of child support obligations. He was also ordered to pay a restitution payment of $1,304,835.

You May Also Like:   Johnny Ventura Net Worth: How Rich was the Dominican Singer?

As of 2022, Stevie J’s personal wealth is estimated to be around $6 million. He has bagged a huge amount from his music career as a record producer. On the other hand, his wife, Faith Evans holds a net worth of around $3 million.

Jason Mraz Net Worth: How Rich is the Guitarist Actually in 2022?

Christopher Williams Net Worth: How Rich is the Singer Actually?