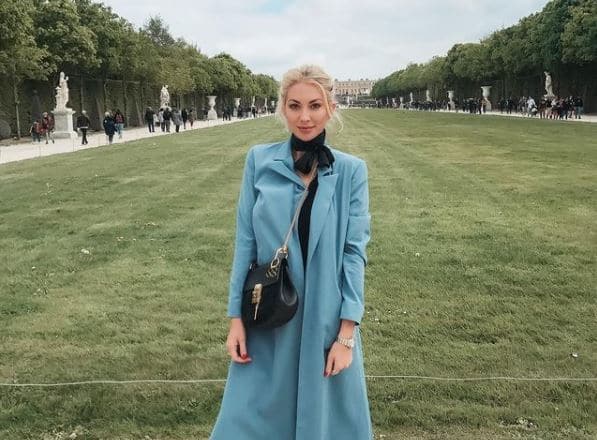 Nastassia Bianca Schroeder Clark, who is simply known as Stassi Schroeder, is an American television personality, entrepreneur, and author. She is best known for being one of the cast members of the hit reality television series airing on Bravo called Vanderpump Rules. As of 2022, Stassi Schroeder net worth is estimated to be around $2.5 million.

Stassi grew up in New Orleans with his father being an architect while his mother was a jewelry designer. She studied at Mount Carmel Academy where she used to take theater classes too.

After turning 18, she decided to move to Hollywood so that she could study at the Loyola Marymount University from where she graduated focusing on English writing as her specialization.

Stassi Schroeder Net Worth and Career

Before Stassi got fame with Vanderpump Rules, she had been involved in a reality game show called The Amazing Race in its eighth edition with her entire family. She was also on the television series called Queen Bees.

In 2010, Stassi had started to work in the restaurant called Sexy Unique Restaurant which was owned by Lisa Vanderpump. Lisa had gotten popularity by appearing in the super hit show called The Real Housewives of Beverly Hills and had invested in this restaurant.

With her immense popularity, a spinoff show called Vanderpump Rules came into ideation that featured showing the lives of those working in the restaurant that also included Stassi. This is how she became part of the show and the never-ending drama that was in it.

She had initially left the show in its third season but came back to it during the fifth season as an event planner. After her success with the show, she was part of the film called Sharknado: The 4th Awakens. Furthermore, she has also been part of the television series called Summer House as well as the digital series called Basically Stassi.

Because of her amazing looks, Stassi has also worked as a model for several well-known magazines including Glamour and Vanity Fair. Furthermore, her social media following has led to several brand partnerships among fashion and beauty brands.

She also has a wine that was launched with Nocking Point Wines. Stassi has also been involved in creating several podcasts with one of the first ones she launched being Straight Up with Stassi. She also has a parenting podcast with her husband called The Good The Bad The Baby.

Stassi is also an avid writer and has authored the book called Next Level Basic: The Definitive Basic Bitch Handbook. Yet, one of the bad moments in her career and life came when she was fired from Vanderpump Rules after news started to come that she along with another co-worker Kristen had called the police on one of the employees on a crime that she had not committed.

Stassi was engaged with Beau Clark in 2019 after starting to date in 2017. They eventually got married in 2020 and have a daughter together named Hartford Charlie Rose. Her husband Beau Clark is known for appearing in Dark Wolf and The Revenant.

As of 2022, Stassi Schroeder has an estimated net worth of $2.5 million. It is reported that she earned $25,000 per episode during the shooting of Vanderpump Rules which has made up for a big chunk of her net worth. Though this was not the salary she started with, in the latter shows as the series became more popular, she got this pay increase.

Danny Koker Net Worth: How Rich is the Counting Cars Star Actually?

Tom Sandoval Net Worth: How Rich is the Vanderpump Rules Star?