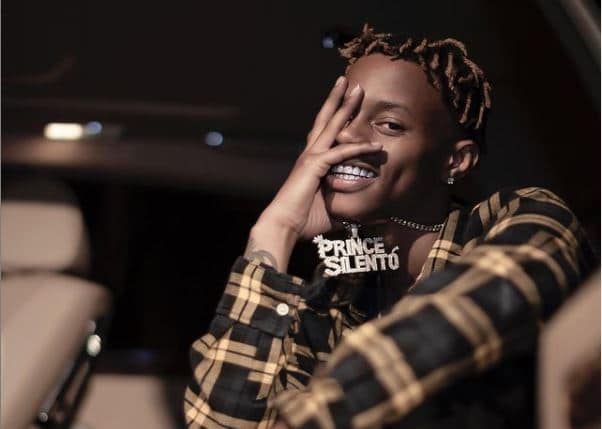 Richard Lamar Hawk, better known by his stage name, Silento is a 24 years old American rapper and singer. He is best known for his hit song “Watch Me (Whip/Nae Nae)”. The hit song was certified 5x Platinum, and to date, the song has been viewed by over 1.9 billion people on YouTube. As of 2022, Silento net worth is estimated to be around $6.5 million.

Silento was arrested in February 2021 for the murder of his cousin, Frederick Rooks. He was indicted by the grand jury on August 3 on four charges felony murder, aggravated assault, malice murder, and possession of a firearm.

Silento was born Richard Lamar Hawk on 22nd January 1998 in Stone Mountain, Georgia, United States. He has not shared much information on his past life, parents, and academic background. However, few sources have revealed that he has studied at Redan High School.

Silento came up with his first song titled “Watch Me (Whip/Nae Nae) in January 2015. In quick time, the song became a big hit, and with the popularity of the song, he started getting recognized all over the place. Following 3 months of the release of the song, he got a recording deal with Capitol Records.

On June 25, 2016, the official music video of the hit song was released on YouTube. The music video has been getting a lot of views since it was uploaded. To date, the video has garnered more than 1.8 billion views. For his hit song, he received a nomination at MTV Video Music Award and Teen Choice Award. Likewise, he received the 2015 Soul Train Music Award.

Silento is believed to be single at present time. He was in a relationship with an unknown lady in 2020 as he was arrested on a charge of inflicting corporal injury on a spouse or cohabitant on August 28, 2020.

Likewise, he was arrested again the next day after he broke down in some stranger’s house looking for his girlfriend. However, he had to face repercussions for his act as he got arrested by the police near Valley Village, Los Angeles.

Silento was arrested again on February 1, 2021, after he was charged with the murder of his cousin, Frederick Rooks. According to investigators, Silento is the prime suspect as police have gathered a video from the security cameras from several neighboring residences.

On August 3, the grand jury indicted Silento on four charges. A few months back in February, he was charged with one count of murder, and he has been jailed without bond since that time.

As of 2022, Silento’s personal wealth is estimated to be around $6.5 million. He has been able to gather a hefty sums from his music career. In addition to that, he might also be earning a handsome amount from his YouTube channel, SilentoVEVO, which has 4.5 million subscribers and over 1.9 billion views.

Silkk the Shocker Net Worth: How Rich is the Rapper Actually?

DJ Akademiks Net Worth: How Rich is the Rapper Actually?