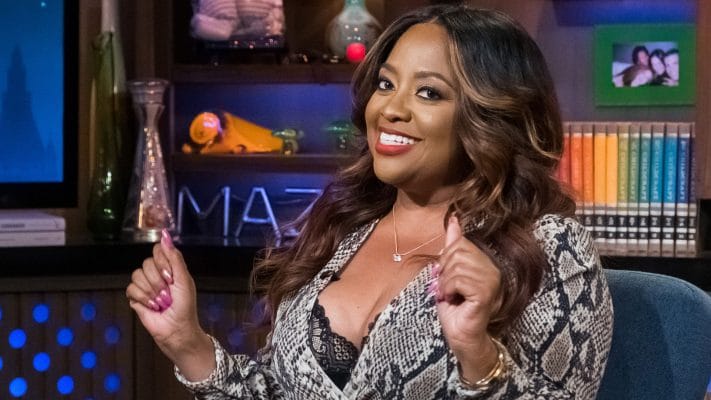 Sherri Shepherd is a 55 years old American actress, comedian, and TV personality. She is best known as a co-host of the popular daytime talk show “The View”. Sherri is also known for starring in the TV sitcoms “The Jamie Foxx Show”, “Less than Perfect”, and “Sherri”. As of 2022, Sherri Shepherd net worth is estimated to be around $12 million.

Sherri Shepherd was born on the 22nd of April, 1967 in Chicago, Illinois, United States. She was born to her parents, Lawrence A. Shepherd and LaVerne. Her father, Lawrence was a church deacon. She was raised by her parents along with three sisters. Sherri lost her mother in 1991.

Regarding her education detail, she has studied at the Winston Churchill Elementary School. Then, she joined the Eisenhower Junior School of Community Consolidated School District 54. She continued her high school education later by studying at the Hoffman Estates High School of District.

Sherri got her first acting role in the short-lived sitcom “Cleghome!”, where she appeared as Victoria Carlson. The short-lived TV series aired on The WB for one season in 1995. In 1996, she got the big role of Sheila Yarborough on The WB’s sitcom “The Jamie Foxx Show”. Then, she appeared in recurring roles on other sitcoms “Suddenly Susan”, and “Everybody Loves Raymond”.

In 2002, she starred in the lead role of Ramona Platt in the American sitcom “Less Than Perfect”. She played the role for four years until 2006. Sherri later received further recognition after she appeared for one season in the sitcom “Sherri” in 2009. The sitcom was based on her own life. Sherri also became popular after she appeared as a co-host of ABC’s daytime talk show “The View”.

Shepherd received the Daytime Emmy Award for Outstanding Talk Show Host in 2009 along with other hosts, Goldberg, Walters, Behar, and Elisabeth Hasselbeck. She appeared as one of the celebrity contestants on the 14th season of ABC’s celebrity dance competition show “Dancing with the Stars” in March 2012.

Sherri Shepperd has been married twice. She was first married to Jeff Tarpley in 2001. She and Jeff share a son together named Jeffrey, who has born in April 2005. After separating from Jeff in 2009, she got engaged to the writer, Lamar Sally in December 2010. The pair exchanged their wedding vows in August 2011. Sherri lived with Sally for more than two years before separating in May 2014.

Following separation, Sherri and her former husband, Sally welcomed their son through surrogacy in August 2014. Sherri was made legally responsible for the child by the Pennsylvania court, as she was the one who challenged the surrogacy contract.

You May Also Like:   Dannielynn Birkhead Net Worth: How Rich is Dannielynn Actually?

As of 2022, Sherri Shepherd’s personal wealth is estimated to be around $12 million. Her estimated annual salary is reported to be around $1.5 million. Besides her appearance in TV shows, she has also written the book titled “Permission Slips: Every Woman’s Guide to Giving Herself a Break”, which was published in October 2009.

Melora Hardin Net Worth: How Rich is the Actress Actually in 2022?

Tasha Smith Net Worth: How Rich is the Actress Actually in 2022?