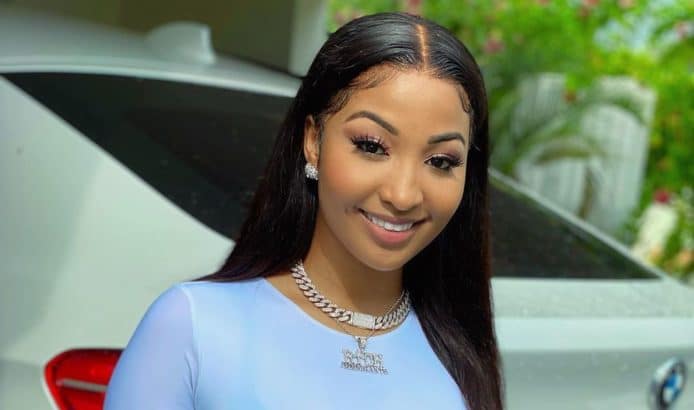 Chinsea Lee better known by her stage, Shenseea is a Jamaican reggae singer and Dancehall artist. She is best recognized for her hit single “Loodi”, featuring Vybz Karel. As of 2022, Shenseea net worth is estimated to be around $2 million.

Shenseea was born Chinsea Lee on October 1, 1996, in Mandeville, Jamaica. She took birth at Mandeville Regional Hospital. At 3 years of age, her family moved to Kingston Jamaica. She has spent most of her early days with her grandmother. She lost her mom in 2020.

Shenseea has studied at Mona High School. After completing high school, she joined a community college. She used to attend church regularly. While visiting the church, she started developing an interest in music. Later, she joined the church’s choir.

She faced a lot of obstacles in her early days. Shenseea had her first baby when was just 19. She had trouble looking after her kid at a young age. Shenseea was also chasing her musical dream. After some time, she met the founder of Romeich Entertainment, Romeich Major, who hired her as his company’s brand ambassador.

As a brand ambassador of Romeich Entertainment, she promoted various brands in Jamaica. Soon after some time, she was noticed for her singing talent by Romeich. Eventually, she signed a music deal with the company. Shenseea came up with her first song “Jiggle Jiggle” in May 2016.

The song gave her a much-needed break in her career. On September 16, 2016, the official video of the song was released on her self-titled YouTube channel. To date, the song has generated more than 3.4 million views.

The same year, she dropped a new song titled Loodi featuring Vybz Kartel. The song received an overwhelming response from all audiences. The official music video of the song was released on November 12, 2016. As of this writing, the song has received over 32 million views.

Shenseea later worked again with Vybz Kartel on the song “Secret”, which was released in October 2018. She continued her successful music journey in 2017, releasing the songs like “Reverse”, “You Lie”, “Tell Me”, “Rolling”, “Parking Spot” and “Bridgets and Desert”. In 2018, she dropped a song titled “Love I Got For U”. The song went on to receive more than 32 million views on YouTube.

She signed a new music deal with Interscope Records in 2019. Shenseea has given few hit songs since 2019. Her most loved singles include “Hard Drive”, “The Sidechick Song”, “Wasabi”, “Good Comfort” and ‘Sure Sure”.

On November 6, 2020, she gave another hit song titled “Rebel”. The official music video of the song received more than 17 million views on YouTube.

Shenseea is currently single. She has dated a guy named Rob while studying in high school. Shenseea even gave birth to a baby boy named Rajeiro (Raj) from being in a relationship with her ex-boyfriend Rob. Her son, at just 4 years of age, signed an endorsement deal with Babybop Kids Store. Shenseea is also rumored to have hooked up with 21 Savage, Tarik “Rvssian” Johnston, and Romeich.

You May Also Like:   Bretman Rock Net Worth: How Rich Is the Entertainer in 2022?

As of 2022, Shenseea’s personal wealth is estimated to be around $2 million. Besides music, she also earns a hefty sum from sponsorship deals. She has sponsored big companies like Telecom, Boom, Firm Flow, and Pepsi-Cola JA.

Christian Nodal Net Worth: How Rich is the Mexican Singer Actually?