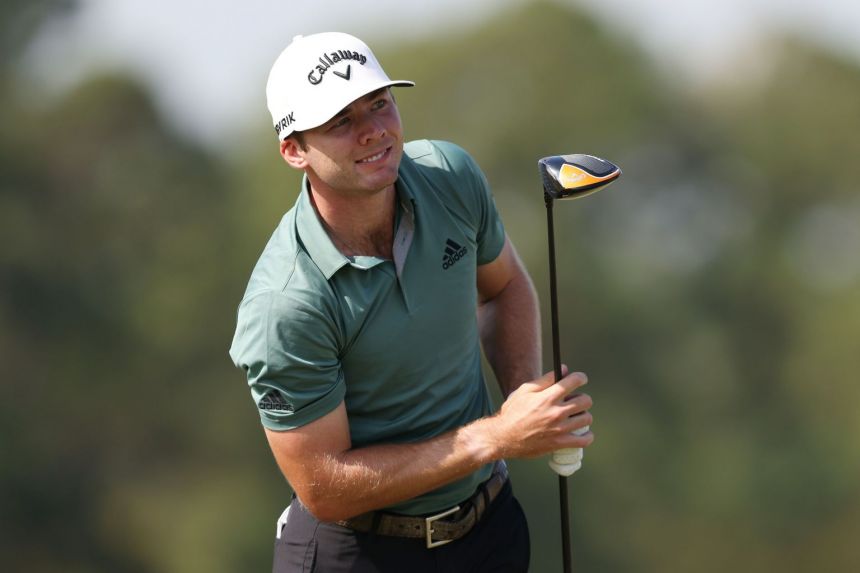 Sam Burns is a 26 years old American professional golfer. He is currently playing on PGA Tour. Sam has two professional tournament wins; one PGA Tour and one Web.com Tour. Sam won his first PGA Tour, Valspar Championship on May 2, 2021. As of 2022, Sam Burns net worth is estimated to be roughly $3 million.

Sam Burns was born on 23rd July 1996 in Shreveport, Louisiana, United States. He was born to parents, Todd and Beth Burns. Sam has been showing his good game from his early age. In fact, he has was the winner of individual state champions three-time. He was in his prep career during that time and learning golf at Calvary Baptist Academy.

Sam got a chance to represent his country, United State on the 2017 Arnold Palmer Cup team. Likewise, that year, his unbelievable form made quality for the 2017 Barbasol Championship. He finished at 6th place in the tournament.

You May Also Like:   Martin Braithwaite Net Worth: How Rich is the Danish Footballer?

Burns played his first PGA Tour game at Sanderson Farms Championship in October 2017. Though he had enough ability to overperform other golfers, he failed to perform well in the tournament. Overall, he finished at T43 in the championship.

After that, he competed at Shriners Hospitals for Children Open. He showed some improvement in his game and finished T20. Later, he finished at T10 on Web.com Tour Qualifying Tournament, which earned his place guaranteed for the 2018 season’s early 12 Web.com Tour events. In February 2018, he was a runner-up at Colombia Championship.

Burns got his first professional victory at the 2018 Savannah Golf Championship, which was his first Web.com Tour. At the end of the 2018 season of Web.com, he earned a place on PGA Tour. He has started playing on PGA Tour since the 2018-19 season.

He had a good game at Genesis Invitational, where he finished in third place. Sam registered his first even PGA Tour victory at Valspar Championship. He lifted the title defeating Keegan Bradley by three strokes.

Sam Burns is married to his longtime girlfriend, Caroline Campbell Burns. Sam and Caroline have known each other for a long time. Though they shared a common hometown, they started dating in college. Sam revealed that Caroline was his first valentine when both were just 5 years old.

Sam proposed to Caroline a year back in 2019 while both of their family were about to go for dinner. Just before the family members arrived in the restaurant, Sam called Caroline sometimes early, and went down on his knee and put a marriage proposal.

Coach K Net Worth: How Rich is Mike Krzyzewski Actually?

Chris Kirk Net Worth: How Rich is the Golfer Actually in 2022?