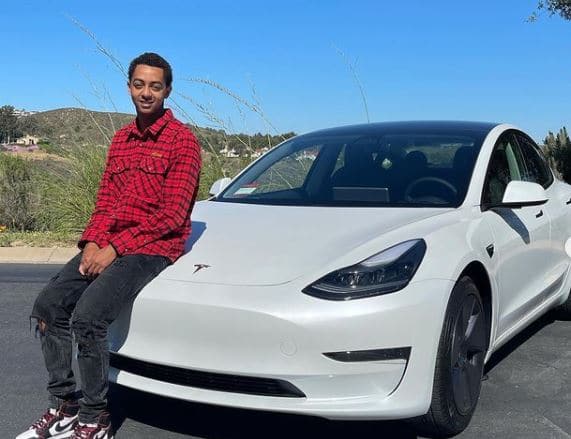 Salim The Dream is a 20 years old American YouTube personality and prankster. He claimed prominence after he joined the popular prank group, NELK. As of 2022, Salim The Dream net worth is estimated to be around $1 million.

Salim The Dream was born on the 21st of November, 2001 in San Jose, California, United States. He was born to Ethiopian parents. His real name is Salim Sirur. Salim has three siblings; two brothers and one sister. His cousin, Jay had also joined the group, NELK in February 2020. There must be something interesting story on his name being SalimTheDream. However, he has not shared the details of his early life story.

Salim joined the public prank group, NELK in February 2020. One of the early videos he made with the prank group was uploaded on February 4, 2020. The video had a title, Terrifying a Cringy Tik Toker!. As of this writing, the video has accumulated over 4.9 million YouTube views.

He became an overnight internet star after he became associated with the group, NELK. It is basically a group of Canadian and American entertainers, who started a prank channel on YouTube on July 6, 2010. The entertainment group was initially formed by Kyle Forgeard and Jesse William Sebastiani. Later, Steve Deleonardis joined the group in May 2019.

The group recently made a video with the title, Taking a Virgin to the Club. The video was uploaded on April 20, 2021. To date, the video has gathered over 4.4 million views on YouTube. Besides his association with NELK, he has his own YouTube channel. The channel has currently 385K subscribers.

Salim uploaded his first prank video on January 30, 2019. The video had a title, Parking Ticket Prank, which has over 692K views. He uploaded another video on April 21, 2019, which had the title, Blasting Embarrassing Videos In The Library. It has around 441K YouTube views.

Nearly after two years, he made come back on his YouTube channel. He uploaded his comeback video on his channel on December 16, 2020. The video had a title, Taking People’s Luggage At Baggage Claim Prank. It has earned more than 861K YouTube views. His most recent video, Moaning in People’s Ears Prank, was premiered on January 5, 2021. The video has received over 703K YouTube views.

20 years old YouTube star, Salim has not specified his present relationship status yet. He has neither given any hint on his true status through Instagram and YouTube. The young internet sensation seems to be busy with his content creation these days.

Salim The Dream Net Worth

As of 2022, Salim The Dream’s personal wealth is estimated to be around $1 million. The major source of his income comes from YouTube. He must be earning huge money from being a part of one of the successful prank channels, NEKL. However, his exact share from NELK’s total earning has not got uncovered yet.