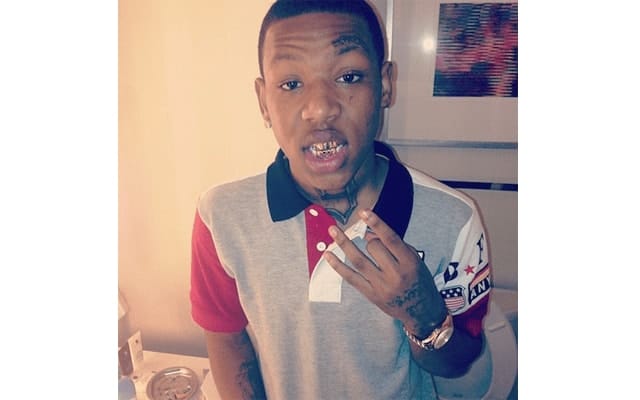 Clint Massey, better known as RondoNumbaNine is 24 years old American rapper. He is best recognized for his singles “Hang Hit Me” and “Taliban”. RondoNumbaNine was sentenced to prison for 39 years in 2014 for the murder of livery driver, Javan Boyd. As of 2022, RondoNumbaNine net worth is estimated to be around $100 thousand.

RondoNumbaNine was born Clint Massey on 18th of February, 1997, in Chicago, Illinois, United States. There is not much information available regarding his past life, parents, and academic detail. Massey is a talented rapper, there is no doubt about it. But, how he got into the music world, and who inspires him is yet to figure out.

Clint is a close friend of Chicago-based rapper, Lil Durk. He has even collaborated with him for a song, Ride. The official music video of the song was released on November 27, 2013. It was a hit song, which received over 9.8 million YouTube views.

Before collaboration with Lik Durk, he had already received mass popularity with the single “Taliban”. The song was loved by the people. In fact, the music video of the song crossed 9.4 million views on YouTube.

RondoNumbaNine’s biggest hit of his music career came in September 2013, when he came up with the song titled “Hang Wit Me”. His career graph picked up, as the song became popular among music lovers. The official music video of the song was released on September 6, 2013. To date, it has received over 20 million YouTube views.

He dropped another hit song titled “Life Of A Savage” on October 11, 2013. The song also received an overwhelming response from the audience. It has received more than 5.7 million YouTube views as of this writing.

RondoNumbaNine continued to give good songs in 2014. He was featured in Fredo Santana’s song “Shit Real” in January 2014. The song received a good response, as it crossed over 2 million YouTube views. The same year, he came up with the song “Want Beef”. The song helped him to gain further recognition. It has received over 2.1 million views on YouTube.

His other songs, which made him more popular include “Get Sum Gwuap”, “Off Dem Zans”, “Drugs At”, “Corner Store”, “Street Shit”, “4 Real”, “Im Hot featuring Lil Durk”, and “Popping Tags”.

RondoNumbaNine is believed to be single at present time. Though, a few times back, rumors circulated that he is dating someone. Later, the rumor turned out to be false, as the lady was his best friend, who often comes to visit him in a prison.

He was sentenced to prison in 2014, along with his friend Courtney Ealy, for the murder of livery driver, Javan Boyd. They shoot the 29-year-old driver, Boyd in a parked car. Massey’s fingerprints were found at the crime scene, which proved that he had killed the livery driver.

RondoNumbaNine has earned an approximate fortune of $100 thousand by 2022. He has collected all the money from his music career. Though, his net worth would have been bigger, if he would have been singing lately. But, he is still in prison and would get released on February 24, 2056.