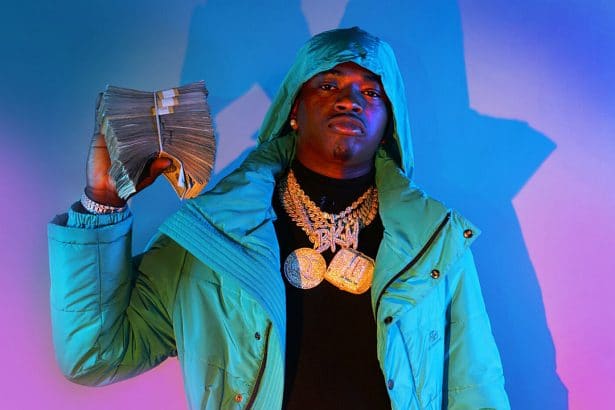 Freddie Gladney, better known as Bankroll Freddie is an American rapper. He is best recognized for his hit songs “Drip Like Dis”, “Rich Off Grass” and “Add It Up”. Bankroll is currently signed under the record label, Quality Control Music. As of 2022, Bankroll Freddie net worth is reported to be around $400 thousand.

Bankroll Freddie was born Freddie Gladney on October 15, 1994, in Helena, Arkansas, United States. He has not shared enough information regarding his early life, parents, and academic detail. But, we have to come to know that, his mother has inspired him to get into music. His mom used to wake up early and play blues music and R&B.

Freddie actually started working on music in 2017. But, he was not serious by that time. Earlier, he has worked as a car salesman. Freddie has mentioned that his manager had a lot of cars, which he used to sell at a car auction. It was then when he started rapping. He even dropped two of his songs.

Freddie came into notice after he did a freestyle of City Girls’ song “Act Up”. The video eventually reached out to Quality Control Music’s founder Pierre Thomas. He even commented on his post as “This nigga hard…”. Soon, he got a call from him where Thomas gave his words that he would fly to Los Angeles with him.

You May Also Like:   Chucky Trill Net Worth: Height, Age, Bio, Wiki & Career

Freddie became a renowned rapper after he came up with a song titled “Drip Like Dis” in October 2019. The song also features Young Dolph and Lil Baby. The official music video of the song has over 45 million YouTube views.

He released his first album titled “Saved By The Bales” on November 6, 2019. His second album “From Trap to Rap” was released on January 17, 2020. The album includes the singles “Took Off”, “Like Freddie” and “Grass”.

Freddie recently collaborated with rapper, Megan Thee Stallion and released a song titled “Pop It”. People are just loving the song. To date, the official video of the song has received over 3.1 million YouTube views. His recent song “Active” was released on April 7, 2021.

Bankroll Freddie was rumored to be dating rapper, Dream Doll. Both were speculated as a couple after they hugged up in an Atlanta nightclub. However, the rumored couple has not been spotted together after that. Through a recent tweet, Dream Doll gave a hint that she has parted ways with Freddie. She wrote, “My last relationship taught me you could be the whole package at the wrong address.”