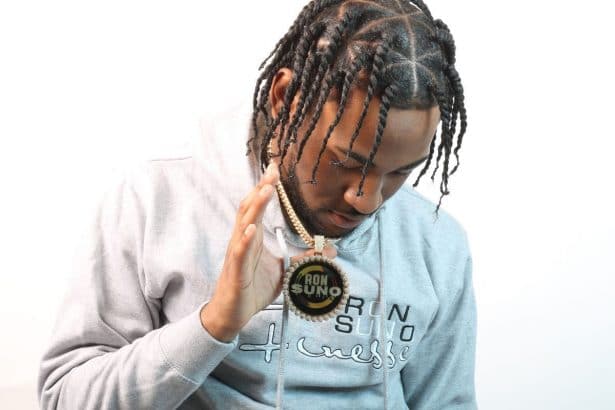 Keron Joel Foriest better known as Ron Suno is an American drill rapper, comedian, dancer, YouTube, and Instagram Star. He is best recognized for his comedy videos and music snippets on his Instagram account. Ron recently announced his upcoming album “Jokes Up” on May 22, 2021, which would be released by Empire Distribution in June 2021. As of 2022, Ron Suno net worth is estimated to be roughly $500 thousand.

Ron Suno was born Keron Joel Foriest on 3rd August 2000 in Co-op City, Bronx, United States. He was interested in rap songs from his childhood days. In fact, he started rapping and freestyling when he was studying in 2nd grade. Ron used to sing rap songs in front of his teachers, and friends. However, he didn’t receive any praising words from them. He became more like a clown in his class.

After that, he shifted his interest from music to comedy. He is humorous by nature, and thus, he started uploading funny comedy videos online. This time, he was able to receive positive words from online audiences after making comedy videos on social media platforms like Instagram, YouTube, and TikTok.

Ron came up with a new social media trend called #WeaveChallenge in 2017. He actually made a live-streamed video on Facebook about egg hatching. Soon after the video and challenge went viral, his popularity rose immensely on social media platforms. Later, his weave challenge was taken to the next level by the NBA2K18. However, he was quite unhappy with NBA2K18, as he didn’t get any acknowledgment or monetary compensation from them.

Ron came up with his early song titled “Key to the Streets” in 2018 The song also features the rapper, Howiee 00. It was released on SoundCloud on November 13, 2018. To date, the song has received 473K spins on SoundCloud. In December 2018, he released another track titled “No hook” featuring Shawny Escobar.

Suno released his first EP titled, New Boss in 2019. The EP includes a total of 7 songs which contain popular songs like “With My Crew” and “Party on Jump”. He also hyped up the song promoting them on YouTube and Instagram. However, his breakthrough song came in October 2019, when he released the hit song “Pinnochio”. People went crazy over his dance number.

His hit song, Pinnochio received 9 million views on YouTube, 15 million views on TikTok, and 6 million spins on Spotify. Ron dropped another hit song titled “Spider-Man” in February 2020. The official music video of the song was released on February 8, 2020. To date, the song has garnered over 6.1 million YouTube views.

Ron dropped his debut studio album titled “Swag Like Mike” in June 2020. The album contains a total of 9 tracks, which also features five other artists. In September 2020, he released his new song titled “Wraith” featuring the rapper, DDG. The song received over 2.1 million YouTube views. He is all prepared with his second album titled “Jokes Up”, which is going to release in June 2021.

Ron Suno currently stands at a height of 5 feet 11 inches or 180 cm tall and weighs around 75 kg or 165 pounds. His body stats like chest size, arms size, and waist size are not available at the moment. Likewise, his hair color and eye color are both black.

Ron Suno has not shared any information regarding his love affairs yet. He seems to be more focused on his career right now. Since he has not been in the limelight with his linkup rumors. Though, just a day back, he shared a video on Instagram where he was seen with some unknown lady. The video had a title, “This how I Woke Up Feeling Today”. Ron is followed by 1 million people on Instagram.

As of 2022, Ron Suno’s personal wealth is estimated to be around $500,000. He must be earning a good amount from his YouTube channel, where he has 168k Subscribers and over 40 million views.

Payroll Giovanni Net Worth: How Rich is the Rapper Actually?