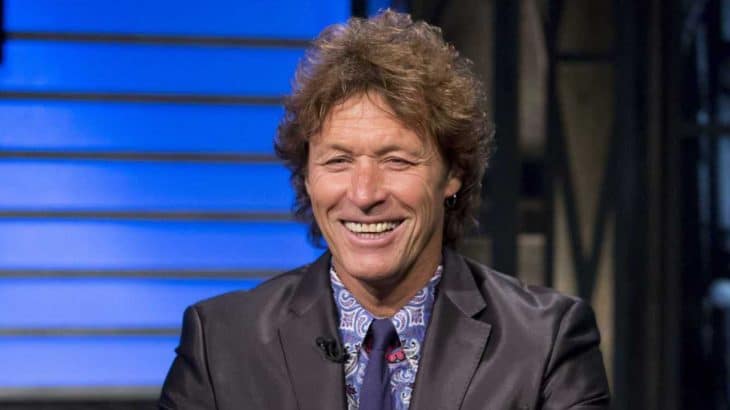 Ron Duguay is a former professional ice hockey player from Canada. He is known for playing 12 seasons in National Hockey League (NHL) from 1977 to 1989. Ron has also served as minor league coach for four seasons. As of 2022, Ron Duguay net worth is estimated to be roughly in the range of $1 million to $5 million.

Ron Duguay was born on 6th July 1957 in Sudbury, Ontario, Canada. He spent his childhood days growing up in Val Caron, Ontario. He was playing ice hockey since he was a small kid. As a junior hockey player, he represented his hometown at Ontario Hockey League playing for Sudbury Wolves.

Ron was selected by the New York Rangers in the 1977 NHL amateur draft. He was actually drafted 13th in overall selection. He made a straight jump to NHL from junior hockey as soon he was drafted in 1977. While playing for the New York Rangers, he set a team record who scored the fastest goal within 9 seconds of the start of the game.

Duguay played for Team Canada in the 1981 Canada Cup. During the time, he got a chance to improve his game. He scored 40 goals in two years 1981 to 1982. Ron later represented New York Rangers in NHL All-Star Game. However, he struggled to show his good form from 1982 to 1983. He scored just 19 goals in those two years.

You May Also Like:   Top 20 Richest WTA Players Ranked by Their Net Worth 2022

Ron was traded in the new team, Detroit Red Wings on June 13, 1983, for Willie Huber. His performance got better with the team as he scored 33 goals. He was also good with the assist making 47 assists. Overall, he was placed third on the team with a score of 80. He was continuously performing well in upcoming games. Ron finished at second place in three categories; goals, assists, and total points from 1984 to 1985.

Duguay was traded back to his old team, New York Rangers on January 21, 1987, after playing two seasons in Pittsburgh. He played 2 games in IHL with Colorado Rangers. During 1988-89, he played his last game with Los Angeles Kings and finished his NHL career. However, he made an attempt to come back with Toronto Maple Leafs and Tampa Bay Lightning. However, he was not successful to make his comeback for the team.

Ron continued to play in minor leagues even ending his career in NHL. During the 1989-90 season, he was playing with Mannheim ERC. In fact, he played with the team for 22 games in Europe. Though he was retired in the 1991-92 season, he made a comeback with San Diego Gulls. He started playing for the new team, Jacksonville Barracudas in 2003.

Ron was playing as a forward for the team. He later became a team’s head coach. Though, under his coaching, the team didn’t perform well in the 2005-06 season. After the end of the season, he resigned as a coach.

Ron Duguay married his first wife, Robin Bobo on December 1, 1983. He shared two daughters with her until their marriage ended with divorce. Ron later got married to former fashion model, Kim Alexis in the 1990s. They were spending happy moments until they ended their relation with divorce in 2016.

Colt Brennan Net Worth: How Rich was the Quarterback Actually?