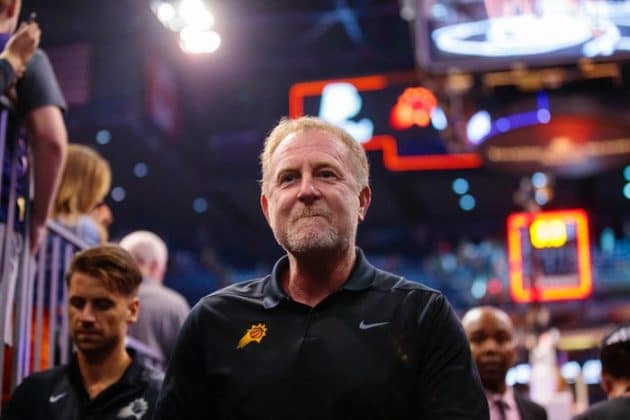 Robert Sarver is a 60 years old American businessman, who co-founded a real estate development company, Southwest Value Partners. He also owns two professional basketball teams, the Phoenix Suns, the Phoenix Mercury, and a Spanish football club, RCD Mallorca. As of 2022, Robert Sarver net worth is estimated to be around $800 million.

Robert Sarver was born on the 31st of October, 1961 in Tucson, Arizona, United States. He was born to his parents, Jack and Irene Sarver. His dad was a banker, hotel developer, and a famous Tucson businessman, who died of a heart attack in the year 1979.

Robert completed his high school graduation from the Sabino High School in 1979, Then, he attended the University of Arizona, from where he held his University graduation in 1982 in Business Administration. He also became a certified public accountant in 1983.

Robert started working for his father’s company named American Savings and Loan when he was 16. He went on to found the National Bank of Tucson in 1984. Later, he expanded the banks’ operation statewide and changed its name to the National Bank of Arizona. After running the bank for a decade, in 1994, he sold the bank to Zions Bancorporation.

The suns reached the NBA finals for the first time since 1993 in the 2020-2021 season. However, the team couldn’t register the victory after losing to Milwaukee Bucks by 4-2. In 2004, he purchased the WNBA team, the Phoenix Mercury. The women’s basketball team also reached to finals in the 2020-2021 season. In January 2016, he purchased the football team, RCD Mallorca.

Robert Sarver is married to a lady named, Penny Sanders. He tied the knot with Penny in 1996. The couple met first time in 1991. Together, they share three kids named Maax, Zach, and Jake. Robert and his Penny are involved in various charity works. They have been donating to the Heart Center since 1998.

Robert has been in the news recently as he was accused of fostering a hostile and toxic work environment within his team for 17 years. He is further accused of making racially insensitive comments and creating a misogynistic environment which is eventually discouraging women in the WNBA team, Mercury.

Robert is likewise accused of his unwanted interference with his coaches, however, he clearly denied all the allegations in a statement that was released nearly two weeks ago. The NBA is currently launching an investigation on him and the Phoenix Suns for fostering a misogynistic environment.

Chris Bickell Net Worth: How Rich is the CEO of WellHive Actually?

Azie Faison Net Worth: How Rich is the Former Drug Dealer Actually?