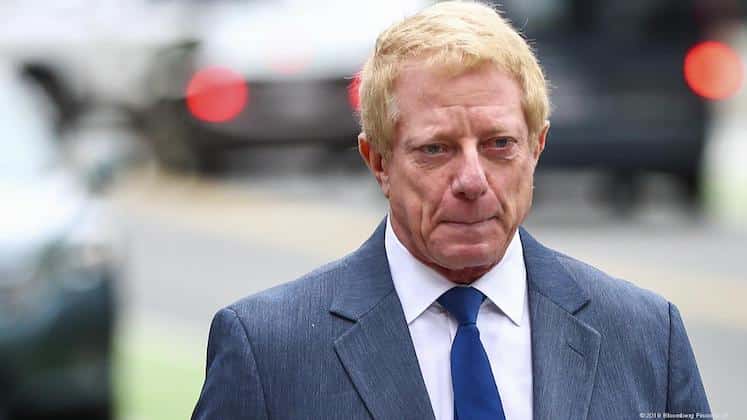 Robert Flaxman was an American real estate developer. He was the founder and CEO of Realty and Development Inc. Flaxman was charged in the Varsity Blues college admissions scandal alongside Lori Loughlin and Felicity Huffman. Robert Flaxman net worth at the time of his death is roughly around $15 million.

Flaxman was ordered to pay a $50,000 fine and spent a month in jail after he admitted to paying William “Rick” singer $75,000 to rig his daughter’s ACT exam. Robert committed suicide on October 20 in his residence.

Robert Flaxman was born in 1956 in Los Angeles. Not much is known about his early life, parents, and education. Robert reportedly graduated top of his class from chiropractic school in the early 1980s. While he was studying, he used to pull in an extra $8,000 a week by selling water softeners as a side hustle.

Earlier, he also managed a large mall. After some time, he became more interested in real estate. He was involved in the real estate industry for a long time. Robert founded and was working as the CEO of Phoenix-based Crown Realty and Development Inc.

Flaxman’s company is reportedly developing the $1.5 billion mixed-use City North project in North Phoenix. For the project, thousands of apartments, a hotel, a restaurant, and an office are planned. Robert seems to have dedicated many years to working on real estate projects through his company. However, more details on his work experience are yet to get uncovered.

Robert was among 53 people who were charged for paying Rick Singer, the mastermind of the scheme to get their children into prestigious schools. At first, he was charged for paying $250,000 to get his son into the University of San Diego in 2016. Then, he paid an additional $75,000 to increase his daughter’s ACT scores. His daughter reportedly graduated this year from the University of San Francisco.

Nevertheless, Flaxman only pleaded guilty to the charge involving his daughter and spent one month in prison. According to reports, he admitted to conspiracy with William ‘Rick’ Singer to get his daughter’s ACT exam corrected by a proctor. In the process, he first secured extended time for his daughter’s ACT. Then, he was involved in a petition to shift the exam to a test center in Houston through one of Rick’s proctors.

Robert’s daughter and Rick’s other client reportedly took the ACT with the help of a co-conspirator. As per the sources, Harvard alumnus, Mark Riddell assisted his daughter along with other students in answering exam questions. Mark also instructed the students to give incorrect answers to different questions as such that they would not get caught cheating.

After the admission scandal was uncovered, his daughter was suspended for a semester from where she was studying. Later, the FBI discovered that he also paid an admissions consultant the amount equal to $250,000 to fabricate application documents for his son’s admission into the University of San Diego. However, these allegations were not included in his plea agreement with prosecutors. After the test scheme, Flaxman revealed that he was not chasing social status or either wanted his daughter to get into an elite or exclusive school.

Robert Flaxman was first married to Laurie Henderson. The pair met in college and tied the knot at 21 years of age. They separated after a few years and remained close friends for several years. In the meantime, Robert also remarried and had two kids. His first wife, Henderson revealed that he used to party and drink heavily. Flaxman was popular for hosting glittery events at his Beverly Hills houses. At the time, he also dated a Playboy bunny.

Henderson further stated that Robert asked her to marry him again after she divorced her second husband. However, she declined his proposal explaining to him that she was not in love with him. According to reports, he married for the third time in less than 2 years after his sentencing. Robert reportedly married to a woman with whom he shared a young son in May 2021.

Flaxman was found hanged in his Malibu house last week on October 20. He had a history of depression according to sources. There was no note found in his house. As for now, coroners have marked the case as closed.

Robert Flaxman’s net worth is estimated to be around $15 million before he died on October 20. He owned a $600 million real estate firm and had recently sold off several multi-million-dollar homes including a pair of $7.7 million homes in Malibu and $38 million Beverly Hills mansions.

Caroline Ellison Net Worth: How Rich is Business Executive?

David Green Net Worth: How Rich is the Hobby Lobby’s Founder?