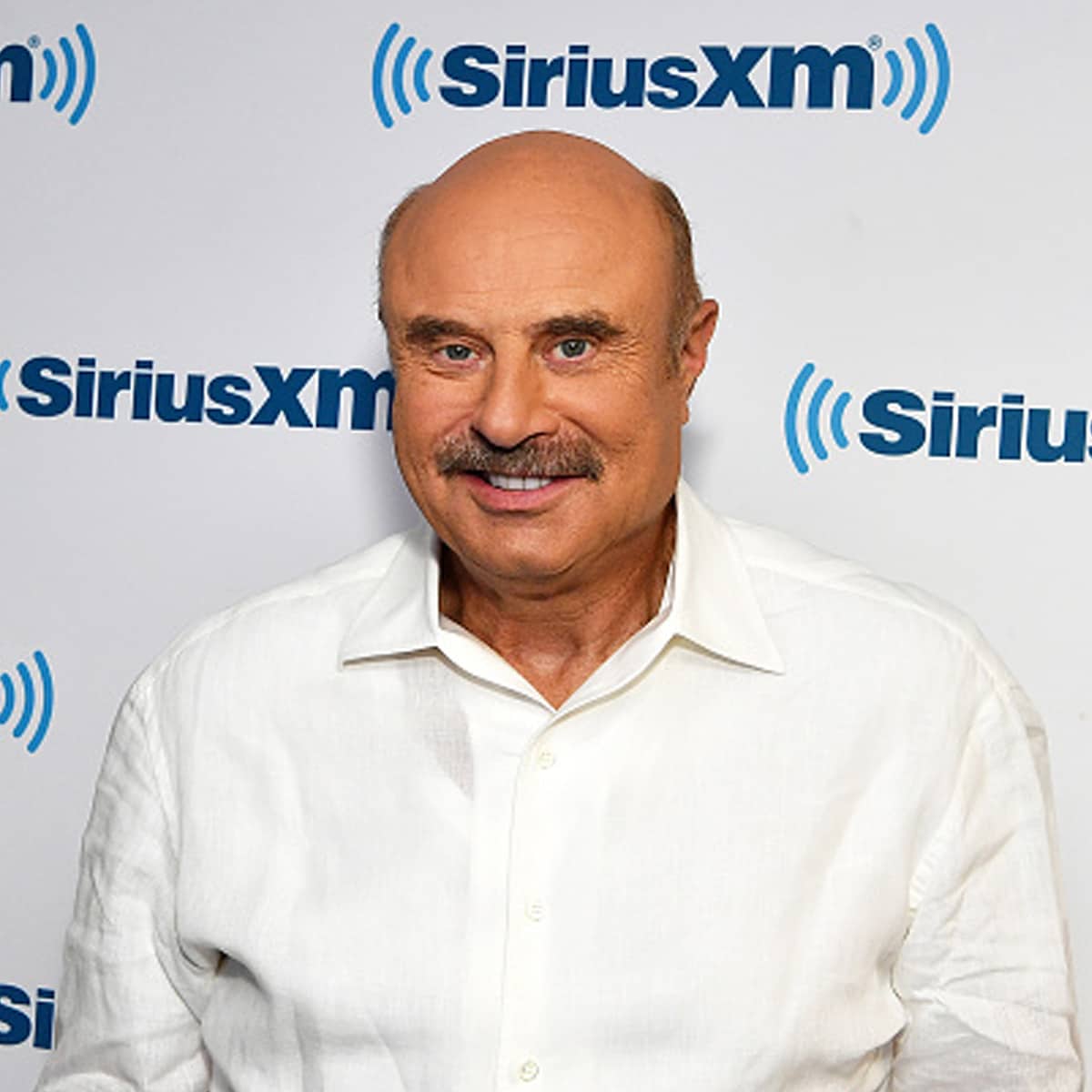 The 20 richest TV hosts in the world according to their net worths can be found below. All of the on-screen stars listed are amongst the wealthiest figures on television. One even cracked the billionaire threshold.

Can you guess who will be slotted in the top three?

Below are the 20 richest TV hosts on the planet ranked by their 2022 net worths:

Chelsea Handler is a native of New Jersey who is best known for hosting The Chelsea Handler Show on the E! network. She is a stand-up comedian, actress, and writer as well.

Handler’s series Chelsea Lately aired for eight seasons, averaging an impressive 960,000 viewers per episode. According to Celebrity Net Worth, she was earning about $10 million a year at that time.

The famed The Wendy Williams Show first aired back in 2008 after being given a six-week trial period. Nowadays, Wendy is pulling in $10 million per season.

On average, she airs 180 episodes per year. Meaning, Wendy is making roughly $55,000 per episode. She has co-hosted shows like The View and The Dr. Oz Show also.

Moreover, she has reached endorsement deals with brands such as Pepsi, Diet Coke, Apple, L’Oreal, and Sprint.

As host and executive producer of the show, Kimmel earns about $15 million a year.

Additionally, he has hosted the Emmy Awards, Who Wants to Be a Millionaire, the Academy Awards, The Bachelor, amongst several other shows/events.

After being a cast member on Saturday Night Live, Fallon received his big break in the form of his own late-night talk show, The Tonight Show Starring Jimmy Fallon. This came after his Late Night with Jimmy Fallon ended.

Currently, Fallon is making an insane $16 million per year according to Yahoo Finance. Remarkably, that translates to him raking in roughly $96,000 a day.

Fallon has hosted other gigs such as the Golden Globe Awards, Saturday Night Live, the Primetime Emmy Awards, the MTV Movie Awards, and much more.

James Corden hails from London, England and he is best known for hosting The Late Late Show with James Corden on CBS. Deadline reports that he gets paid between $4 and $5 million per year.

Meanwhile, Corden has been hosting shows and events consistently dating back to 2010.

The segment known as Carpool Karaoke: The Series premiered on Apple Music in 2017 and it’s since become a fan-favorite. He’s had high-profile guests like Will Smith and LeBron James.

As far as cash is concerned, Stephen Colbert is the king of the late-night television industry.

In the first few seasons of The Late Show with Stephen Colbert, the host was pulling in $6 million per year. Now, he’s reported as making as much as $16 million annually from hosting.

Celebrity Net Worth reports that O’Reilly made a whopping $25 million a year during his peak years hosting on Fox News.

The O’Reilly Factor aired from 1996 all the way up until 2017. He was fired after multiple sexual harassment lawsuits were brought upon him. Actually, he spent tens of millions of dollars to settle the situation.

In 2009, Forbes revealed that Banks earned an estimated $30 million during the 12-month period while judging on ANTM.

Aside from guest judging on several other shows, Tyra has hosted America’s Got Talent and Dancing with the Stars recently.

Jon Stewart is easily best known for hosting The Daily Show on Comedy Central from 1999 to 2015. At the peak of the series, Stewart was making an enviable $25 million a year.

Self-admittedly, Stewart claims that his breakthrough came when he appeared on Late Night with David Letterman in March 1992.

Nowadays, Stewart is hosting The Problem with Jon Stewart on Apple TV+. Also, he has hosted the Academy Awards, the Grammy Awards, and even the White House Correspondents’ Dinner.

You can’t discuss the richest TV hosts without mentioning Conan O’Brien. The tall, lanky comedian has hosted for nearly 30 years as of 2022.

According to Celebrity Net Worth, Conan makes a salary of $12 million per year from TBS.

The Yale University graduate has been employed by CNN since 2001, serving as the primary host of Anderson Cooper 360.

For doing so, Cooper rakes in a $12 million bag each year from the network, according to Yahoo Finance. Notably, Cooper came out as gay in 2012, making him the most prominent openly gay journalist on television.

This is not a typo, Steve Harvey makes $45 million a year from his various ventures. The flashy suit-wearing entertainer hosts Family Feud, Celebrity Family Feud, Miss Universe, the NFL Honors, and Steve on Watch.

According to Celebrity Net Worth, Harvey pulls in $10 million per year from hosting the legendary game show, Family Feud.

Sean Hannity gets paid an outrageous $25 million per year just from Fox News. Meanwhile, he earns an additional $20 million from his radio show called The Sean Hannity Show.

Undoubtedly, Hannity’s largest sources of income are his deal with Fox News and his radio deal with Premiere Networks, which he signed in 2019. He owns $90 million worth of real estate as well.

You May Also Like:   Jessica Hahn Net Worth: How Rich is the Model Actually in 2022?

Moreover, his company, Worldwide Pants, has produced The Late Late Show along with many primetime comedies. Most notably, Everybody Loves Raymond.

Currently, Letterman is hosting the Netflix series My Next Guest Needs No Introduction with David Letterman. Variety reports that he earns $2 million per episode as of this point.

Around 2006, Ryan Seacrest inked an extension with Fox for $45 million to keep hosting American Idol. Nowadays, he earns $10 million per year from the show according to Forbes.

Apparently, Seacrest was frustrated to hear that the show was paying Katy Perry $25 million a season to judge the show.

Lastly, Seacrest has been credited for executive producing dozens of different programs, including Live with Kelly and Ryan, Keeping Up with the Kardashians, and Khloe & Lamar.

The top five richest TV hosts begin with none other than Jay Leno. Reports indicate that the comic makes $10 million a year just from his stand-up tour. Furthermore, he makes additional income through his shows Jay Leno’s Garage and You Bet Your Life.

Near the end of his tenure hosting The Tonight Show, Leno was earning $15 million per year. Yet, his peak salary was a ridiculous $30 million annually according to Celebrity Net Worth.

Ready for this, Dr. Phil makes a whopping $60-$90 million each year from his various endeavors. Actually, he owns 100 percent of his show’s content. Moreover, he has a deal with CBS where he gets a generous cut of the advertising revenue and product placement.

The clinical psychologist has frequently been the highest-paid talk show host in the world.

In 2020, Ellen tallied an income of $50 million by way of her various money-making outlets. Each season of The Ellen Degeneres Show has an average of 174 episodes. Meaning, she earns about $287,356 per episode.

Degeneres has been hosting at a high rate for decades. Most notably are her hosting gigs on the Academy Awards, the Primetime Emmys, and Saturday Night Live.

Ellen has produced series such as Little Big Shots and The Masked Dancer as well. Let’s not forget her voiceover roles in the Finding Nemo movies too.

According to People, Judy Sheindlin is making a reported $47 million annually for serving in her traditional role as Judge Judy.

Sheindlin has been in the same role dating all the way back to 1996 making it one of the most impressive continuous runs in all of network television.

Meanwhile, she has published seven books in total over the years. Also, Sheindlin earned $147 million, pretax, in 2017 according to Forbes. She is easily one of the richest TV hosts to ever live.

Moving onto the wealthiest of all the richest TV hosts, the famed Oprah Winfrey. Through her media empire, Oprah is currently making an absolutely mind-blowing $315 million per year.

Forbes relayed that she raked in $37 million in 2019 just from her Oprah Winfrey Network (OWN). On top of that, she is the second-largest shareholder of Weight Watchers.

To this day, Oprah is making $2,400 a minute from her endeavors. The mogul is the lone television host to surpass the billionaire threshold, and it’s not even close.

Related Topics:TelevisionTop 20TV
Up Next