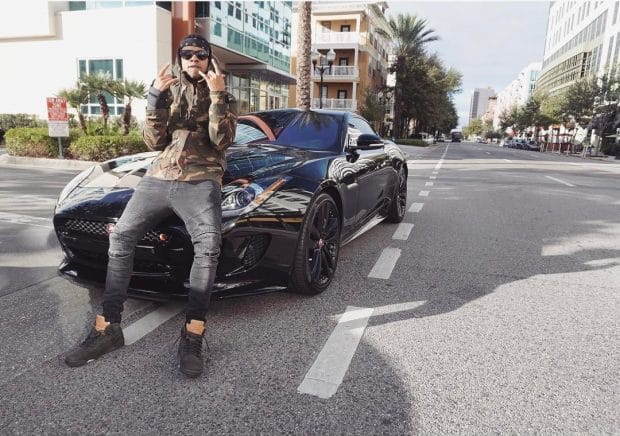 Alfredo Villa, better known as Prettyboyfredo is a famous YouTube personality and Twitch star. He is mostly known for his NBA 2K gaming videos on YouTube. Alfredo also uploads the pranks and challenges video on his channel. As of 2022, Prettyboyfredo net worth is estimated to be around $3 million.

Prettyboyfredo was born Alfred Villa on August 20, 1993, in Palm Beach, Florida, United States. He was abandoned by his biological parents when he was three months old. Villa’s dad was illegally living in United State, immigrating from Costa Rica. Likewise, his mother was a drug addict.

Villa was raised by his foster parents. In 2011, he completed his high school graduation from Ridge Community High School. While studying in high school, the girls from his class named him Pretty Boy. He used the name later for his YouTube. He started his YouTube channel named “Prettyboyfredo” in June 2009.

Though he created the channel in 2009, he was not uploading any video till October 2014, Villa was fond of playing video games. After some time, Villa thought he could use his gaming video as content for YouTube. Soon after, he started making videos on NBA 2k15 games. His video started getting a lot of views, which encouraged him to make more videos.

You May Also Like:   Johanna Leia Net Worth: Height, Age, Wiki, Career & Boyfriend

Initially, he was uploading a new video in the gap of two days. As he was getting popular with his gaming videos, he thought of making more interesting videos and uploaded it to his channel. He has many prank and challenge videos to date. Some of the interesting videos he made are “Hilarious GF VS BF Whisper Challenge”, “MY Park Ugly Jumpshot Challenge”, “New Sports Car for Christmas Prank”, “Insane Shock Collar Challenge” and “Spank Me Prank”.

Alfredo Villa or Prettyboyfredo currently stands at a height of 5 feet 11 inches or 181 cm tall and weighs around 76 kg or 168 pounds. His body stats like chest size, waist size, and arms size are not available at the moment. Likewise, his hair color and eye color are both black.

Prettyboyfredo is dating a lady named Jasmine Jade for a long time. The couple started dating in 2013. On November 11, 2017, he became the father of a baby girl named Ava. Though they experienced parenthood, they were not living as a married couple. In mid-2019, the couple parted their ways for a short time.

You May Also Like:   Celina Powell Net Worth: Height, Age, Bio, Career & More

On November 5, 2020, he got down on his knees and put a marriage proposal offering an engagement ring to her. Jasmine happily accepted his marriage proposal. However, the couple has not shared their wedding date yet.

Prettyboyfredo has not disclosed his true net worth figure yet. But, his personal wealth is estimated to be around $3 million. He is earning a ton of money from his YouTube channel.

His channel receives an average view of 440,000 in a day, which generates an estimated revenue of $3,500 daily. That makes him earn annual revenue of around $1.3 million.

Prettyboyfredo recently disclosed his 5 million dollar mansion through his YouTube Channel. He purchased the house for his squad called Savage Squad Hoopers. His million-dollar-worth mansion has an indoor basketball court, movie theater, and bowling alley.

Kat Stickler Net Worth: How Rich is the TikTok Star Actually?