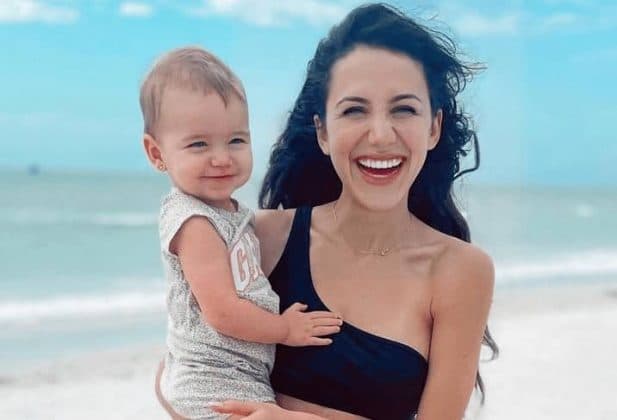 Kat Stickler is an American TikTok and YouTube star. She is known for her comedy and prank videos, which she made with her ex-husband, Michael. In March 2021, Kat shocked her fans after separating with Mike. As of 2022, Kat Stickler net worth is estimated to be roughly $150 thousand.

Kat Stickler was born on the 31st of October, 1994 in Miami, Florida, United States. Nothing is much known about her past life, parents, and academic details. Kat seems to have an interest in dancing from the beginning. She is much often seen posting dancing videos on TikTok.

Kat became popular after she started making comedy and prank videos with her then-husband, Michael Stickler. Both were able to garner the attention of audiences with their hilarious videos. Their videos started getting viral all over the place, and the people were enjoying themselves after watching their videos.

Kat and Mike’s videos easily cross over hundreds of thousand views, and also, it crosses over the million views most of the time. The pair made their first TikTok video on April 28, 2020, where Mike plays a prank on Kat by calling her the wrong name. Later, Kat plays a prank on Mike, by making him believed that she got a message from her ex-boyfriend. Mike’s reaction at the end was worth watching after she reveals it was just a prank.

Kat made a lot of videos with Mike during the 2020 COVID pandemic. In fact, the pandemic period gave them enough time together to spend quality time, and show their bond to the audiences. Besides TikTok, Kat also paired up with Mike and made a lot of videos for YouTube. The couple made their first video on July 4, 2020, where they were seen welcoming fans on their channel. Kat and Mike made their third video in July 2020, on a title 3 months dating and pregnant?

In March 2021, Kat and Mike announced they are going to separate. Their fans had already started to speculate about their breakup after they begin posting solo pictures and videos on TikTok and Instagram. On March 17, 2021, Kat confirmed the news of their separation with a joint video with Mike for the last time.

Their relation started and ended with divorce in a quick time. In fact, they dated tied the knot, and got pregnant with a daughter, MK in just 3 months’ time. That might be the reason which led to their separation. Both took joint custody of their daughter, MK, after they separated.

Kat and Mike’s joined TikTok account is under Kat’s name now. Kat seems to be enjoying her life, as she is seen posting fun-loving videos, dancing, and singing on TikTok. To date, her solo TikTok account, Katstickler has received 6 million followers.

As of 2022, Kat Stickler’s personal wealth is estimated to be roughly $150,000. She must have earned the hefty sum from her sponsorship on TikTok. Though, her exact earning from sponsorship has not come out yet.