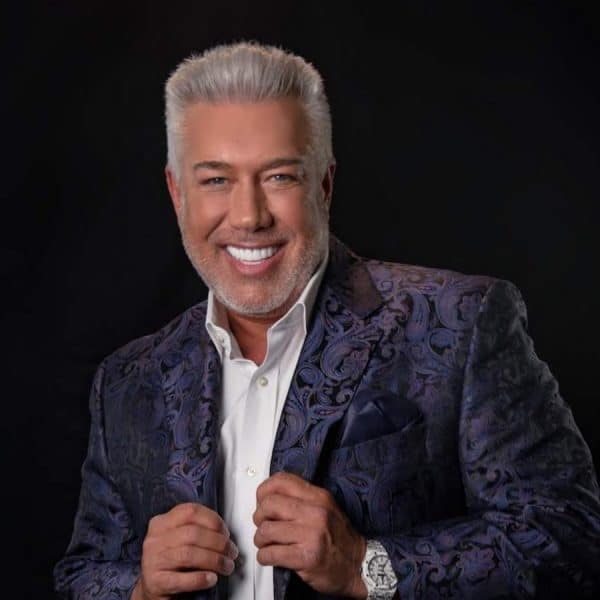 Peter Marco is an American celebrity Jewelry designer. He is the owner of a jewelry boutique, Peter Marco Extraordinary Jewels of Beverly Hills. His boutique is the best place which has an extensive collection of diamond jewelry, colored diamonds, and stones. Many renowned celebrities have chosen his boutique for their special occasions. As of 2022, Peter Marco net worth is estimated to be roughly $200 million.

Peter Marco was born in 1962 in the United States of America. Nothing much is known about his parents and academic detail. However, we came to known he has completed his school by taking night classes. He was busy during the day on training at a jewelry manufacture.

Peter started working at the young age of 14, where he landed his first job as a cleaner for New York Jeweler’s offices and jewelry laboratories. While working there, he was fascinated by exquisite diamonds and gemstones. He was working with full dedication which got him promoted to messenger boy from a cleaner. There, he got a chance to spend some time observing the jewelers on how they cultivate new creations.

You May Also Like:   Michael Darby Net Worth: How Rich is Ashley Darby's Husband?

In just 9 months ‘ time, he became a jeweler. Peter started working on custom jewelry work and diamond polishing and settings. He worked at a jewelry manufacturer for 3 years, after which he was promoted to the production department. While working in production, he got an opportunity to gain knowledge on diamonds and colored stones. By the time he completed school, he was promoted to a salesman.

Peter as a salesman delivered all finished product pieces all over the country, where he sold jewelry for many manufactures. He dedicated four years to working as a salesman. Through this, he earned vast knowledge of the jewelry business and its market. He has also sold out jewelry outside the United States in Asia, Canada, Europe, the Caribbean, and the Cayman Islands.

After years of work experience, he settled down in Los Angeles. He there opened a boutique named Peter Marco Extraordinary Jewels of Beverly Hills in 2008. Peter’s diamond is famous in the celebrity world.

Many singers and actors have bought his diamond ornaments and presented them to their loved ones. The famous singer, Max Ehrich proposed to his lady love Demi Lovato presenting her an incredible diamond ring made by Peter Marco in July 2020.

Peter Marco is married to a lady named Esmerel Voutsas. He has two sons with his wife Esmerel. Peter is presently spending quality family together in Los Angeles.

A few years back, Peter sued two rappers, Migos and Rich the Kid. In 2017, he took Rich the Kid to court as he was not paying the debt of $235,000 for the pricey items he bought like necklaces, crosses, and watches. He made a lawsuit against the rapper in May 2020. Likewise, he sued Migos rapper in December 2019, as he was not paying the bill of $47,000 left from the amount that he purchased in October 2018.

You May Also Like:   Judi Sheppard Missett Net Worth: How Rich is CEO of Jazzercise?

Peter Marco has earned a vast chunk of money from his jewelry business. As of 2022, Peter’s personal fortune is estimated to be roughly $200 million. With that enormous fortune, he has become one of the richest jewelry designers in the world.

Karl Cook Net Worth: How Rich is Kaley Cuoco’s Ex-Husband?

Chris Bickell Net Worth: How Rich is the CEO of WellHive Actually?