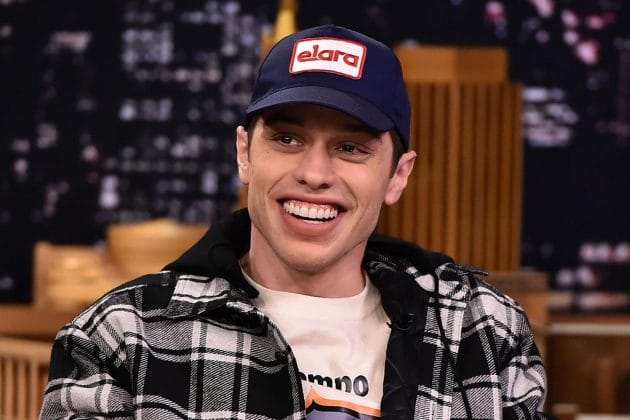 Peter Michael Davidson, better known as Pete Davidson is a 28 years old American comedian and actor. He is best known for being featured as one of the cast members on NBC’s late-night live comedy sketch show “Saturday Night Live”. He is also known for his appearance on MTV shows “Wild ’N Out”, “Guy Code”, and “Failosophy”. As of 2022, Pete Davidson net worth is estimated to be around $8.5 million.

Pete Davidson was born on the 16th of November, 1993 in Staten Island, New York City, United States. He was born to his parents, Scott Matthew and Amy Davidson. His dad was a New York City firefighter, who lost his life in service during the September 11, 2001 attacks. He went through a bad stage of his life after the death of his father. Pete also struggled with suicidal thoughts when he was young.

Pete has a sister named Casey. His mom, Amy works as a school nurse at Xaverian High School. For his study, he first joined St. Joseph by-the-Sea High School, and later he was transferred to Brooklyn’s Xaverian High School, from where he completed his graduation in 2011. Following high school graduation, he attended St. Francis College. However, he dropped out of college after one semester to pursue a career as a comedian.

Davidson took the first step towards the stage to perform comedy when he was 16. He was dared by a group of his friends to take him to the stage, and he eventually tried to perform his first stand-up comedy in a Staten Island bowling alley. Pete got his first on-screen appearance in the MTV comedy series “Failosophy”. Later, he appeared in MTV’s other comedy series “Guy Code”, and Nick Cannon Presents Wild ‘N Out”.

Pete started performing as one of the cast members of the comedy sketch show “Saturday Night Live” on its 40th season premiere. He was 20 by the time, and also became one of the youngest members to join the series. His debut performance in the show gained him positive and critical appreciation. Pete appeared on the celebrity roast specials series “Comedy Central Roast” in March 2015, where his set of comedy was remarked the best of the show.

Pete released his stand-up special “Alive from New York” on Netflix in February 2020. Following three months in May 2020, he starred in the comedy-drama movie “The King of Staten Island”. He was also the co-writer of the movie. In April 2021, he was seen portraying the role of musician, Joey Ramone in a Netflix biopic “I Slept With Joey Ramone”.

Pete David is currently rumored to be dating a famous model and social media personality, Kim Kardashian. The news of their romance broke out in the news after they were seen holding hands while visiting a theme park in California. However, the pair have not confirmed their relationship yet.

Kim would be Pete’s 8th celebrity girlfriend if they turned out as a couple anytime soon in the future. He has previously dated known celebrities such as Ariana Grande, Kate Beckinsale, and Phoebe Dynevor.

As of 2022, Pete Davidson’s personal wealth is estimated to be around $8.5 million. He earns around $15,000 per episode from the comedy sketch show “Saturday Night Live (SNL)”. Pete’s estimated annual earning from SNL is reported to be around $315,000.

Gregg Leakes Net Worth: How Rich Was Nene Leakes’ Husband?

Caroline Stanbury Net Worth: How Rich is ‘Ladies of London’ Star?