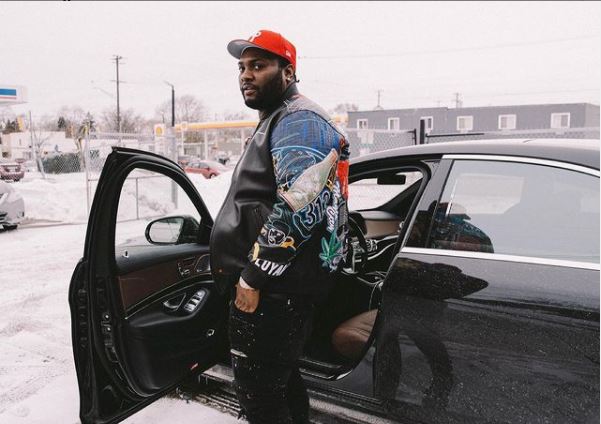 Peezy is a 30 years old rising rapper and hip-hop artist from Detroit. He is also recognized for being a part of the rapper’s group, Team Eastside. Peezy is best known for his hit singles “Chris Bosh” and “Rio Flow”. As of 2022, Peezy net worth is estimated to be roughly $200 thousand.

Peezy was born on the 5th of November, 1991 in Detroit, Michigan, United States of America. His real name is Phillip Glen-Earl Peaks. He was born to African-American parents, who separated when he was a kid. Peezy faced a lot of struggle after his parent’s separation. He has lived some part of his early life with his father after his house was caught on fire.

Regarding his education detail, he didn’t have a good school education. He wasn’t able to complete his middle school after he was thrown out of school. Following that, he joined Cooley High School.

However, soon after joining the school, he went through a suspension for four months. Later, he studied at Mackenzie High School for short period. He ultimately decided to quit the school, and focus on his rapping career.

Peezy Net Worth & Career in Music

Peezy started working on the songs, which would reveal his childhood struggles. He was searching for a platform that would help him to boost his rapping career. Peezy joined the famous rap group, Team Eastside in 2011.

You May Also Like:   Malki Means King Net Worth & Wiki: How Rich is He Actually?

The rap collective consists of other three members; Ray, Snoop, and Dame. They have given the summer hit songs like “Eastside where the Real Money At” and “Ball or get balled on”. To date, Team Eastside has given three studio albums, “Team Eastside”, “Welcome To Our Side” and “Bag Life”.

Besides his association with Team Eastside, he has been successful to establish his solo career. He has released several music albums like “Number 1 Ghetto Boy”, “Mud In Mud Out”, “Vol. 1”. “Mud, Sweat & Tears”, and “Money Orientation”.

Recently, Peezy has given few hit songs, which have crossed a million views on YouTube. On November 20, 2020, he uploaded an official music video of the song, “CFWU” featuring the rappers, Rio Da Yung Og and RMC Mike. The video has received over 1.2 million YouTube views.

Likewise, he gave another blockbuster song “Chris Bosh” on January 13, 2021. The song features the rappers Icewear Vezzo and Baby Money. The music video received more than 1.1 million views on YouTube. His most recent hit song “Rio Flow” was released on April 3, 2021. The video garnered over 2 million views in just 4 weeks of the release.

Peezy has not specified his present relationship status yet. However, he had married once previously. He also had a son, Cayden from his ex-wife. In 2018, he was shot in Warren, Michigan area, when an armed robber executed their robbery plan at a local gas station. He was admitted to Detroit hospital later after getting several injuries on his body. Peezy was fully recovered after some time of getting treatment at Detroit hospital.

Starting 2022, Peezy has gathered an approximate fortune value of $200 thousand. He has earned the majority of his earning from his music album sales and live performances.

Kingg Bucc Net Worth: How Rich is the Rapper from Miami Actually?