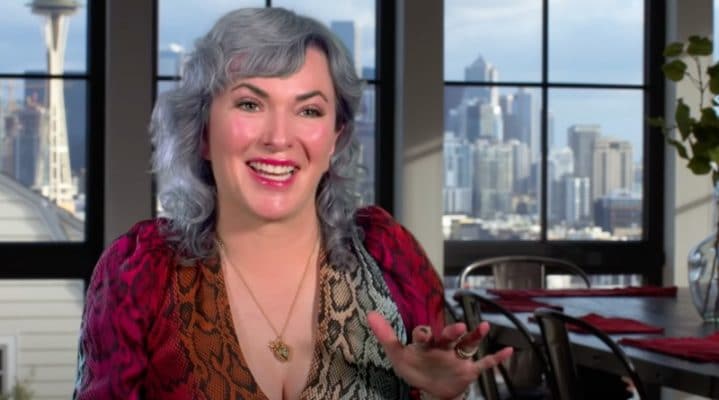 Eleanora Ramirez, better known as Nonie Creme is an American reality TV star. She is best known for her appearance on Lifetime’s reality series “Marrying Millions”. Nonie is a multi-millionaire businesswoman, who is working as Chief Creative Officer at Seattle-based Beauty company, BeautyGARDE. As of 2022, Nonie Creme net worth is estimated to be around $20 million.

Nonie Creme was born Eleanor Ramirez on December 25, 1972, in Houston, Texas, U. S. She was born to upper-middle-class parents, who belong to the mixed ethnicity of Mexican-American. Though, she has not shared brief information about her parents.

Regarding her education detail, Nonie attended a private school based on East Coast. Later, she joined Scripps College and held her graduation degree in Fine Arts. Soon after graduation, she moved to London to meet her boyfriend. Her parents were really angry with her for making such a stupid decision.

Nonie went through a financial crisis after shifting to London. She was unsure of what to do and how could she survive in London. After some time, she joined the night classes to learn manicure with $200 she had that time.

Creme already had a talent for creating nail art, before she joined manicure class. She even worked as a freelance nail artist in different areas in London. After some time, she started working as a beauty director for nail polish brand, Butter London. Nonie worked there for seven years. After leaving Butter London, she launched a much wider beauty brand called “BeautyGARDE”.

Nonie became an eminent TV personality after she was selected as one of the cast members on Lifetime’s reality show “Marrying Millions”. She appeared in the show along with her boyfriend, Reese Records. Her boyfriend Reese was living as a normal guy whereas Nonie was a millionaire. Both perfectly fit according to the concept of the show.

Nonie Creme met Reese for the first time through a dating app in 2019. From their first meeting, they started liking each other. Soon, they turned into a couple, who got selected for Marrying Millions.

In Jan 2012, after the return of the reality show, Nonie and Creme were seen having some trouble in their relationship. However, everything seems to be fine between them, as there is no news published about their separation.

Prior to dating Reese, Nonie was married to Lalo Creme. She spent 22 years with him. Nonie even experienced motherhood from her marriage life. Her daughter, Paloma Creme was born on May 8, 2008. Lalo and Nonie agreed to share 50/50 custody of their daughter after they separated.

Nonie Creme has earned a huge fortune of $20 million by 2022. She must have worked really hard to collect such a big amount. Nonie might be earning the hefty sum from being a part of the popular reality show, Marrying Millions. However, her exact earning from the show has not got revealed yet.

Brooke Williamson Net Worth: How Rich is the Chef Actually?

Shane Farley Net Worth: How Rich is Giada DeLaurentis Boyfriend?