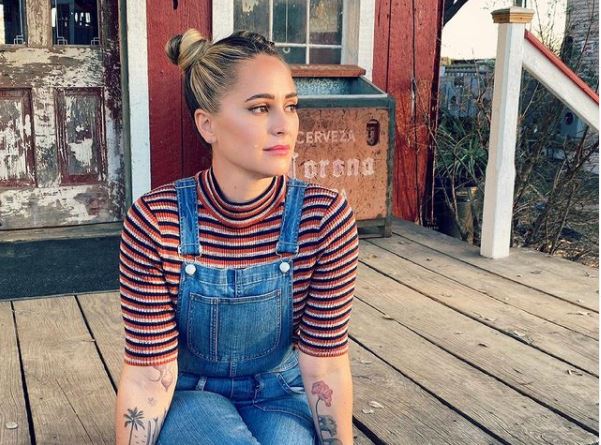 Brooke Williamson is a famous American chef. She is an Executive Chef at Brentwood restaurant, Zax. Brooke was crowned as the winner of the “Tournament of Champions” in spring 2020. Likewise, she won the title of “Top Chef Season 14” in Charleston.  As of 2022, Brooke Williamson net worth is estimated to be roughly $2 million.

Brooke Williamson was born on August 15, 1978, in Los Angeles, California, United States. Brook, at age 6, got attracted to cooking after she started watching the TV shows, where legendary chefs Jacques Pepin and Julia Child, would demonstrate their classic French cooking secrets.

From an early age, Brooke had decided that she would make her career as a chef. By then, she had also started reading Betty Crocker Cookbook. Brook’s first achievement as a cook, came when she made a pancake.

Regarding her education detail, Brook has studied at Crossroads School for arts & sciences. While she was in 7th grade, she was active in other activities like dancing, soccer, and photography. Though, Brook was sure she would join the culinary school after graduation.

Brooke, earlier choose the University of Colorado Boulder for her University education. She focused on the business courses, in a hope that it would help her establish her own restaurant. However, just after a year, she left the University and joined the Culinary Institute of America.

You May Also Like:   Tiffany Moon Net Worth: How Rich is RHOD Star Actually?

Brook has served as a teacher’s assistant at Epicurean Institute of Los Angeles. She was just 15 years of age by that time. After that, she got her first kitchen job as pastry assistant to chef Ken Frank, at Fenix at Argyle Hotel.

At age 21, she started working as a sous chef at California based restaurant, Michael’s Santa Monica. In fact, Brooke was the youngest sous chef in restaurant history. After some time, she learned some new cooking techniques from chef Daniel Boulud, while staying in New York City.

Her next working destination came at Los Angeles-based restaurant, Boxer Rescue, as an Executive Chef. In 2000, she opened her own Brentwood restaurant named, Zax. She impressed the crowd by serving mostly the seasonal American cuisine.

Brooke has also appeared in several cooking reality shows. She first appeared in season 10 of Top Chef, where she finished as runner-up. Brooke then participated again in Season 14. And this time, she came back winning the title of Top Chef. Besides that, she has also made appearances on other TV shows like “Knife Fight” and “House of Food”.

Brooke Williamson is married to Nick Roberts, who served as a sous chef at her restaurant, Zax. The couple tied the knot in 2007. Together, they share a son named Hudson. The pair has already established five successful restaurants, and still working hard to grow their business venture.

You May Also Like:   Lojain Omran Net Worth: How Rich is 'Dubai Bling' Star Actually?

Brooke Williamson receives the prize amount of $125,000 after she won season 14 of Top Chef. Her exact net worth has not come out yet. But, according to our estimate, Brooke Williamson estimated fortune must be around $2 million.