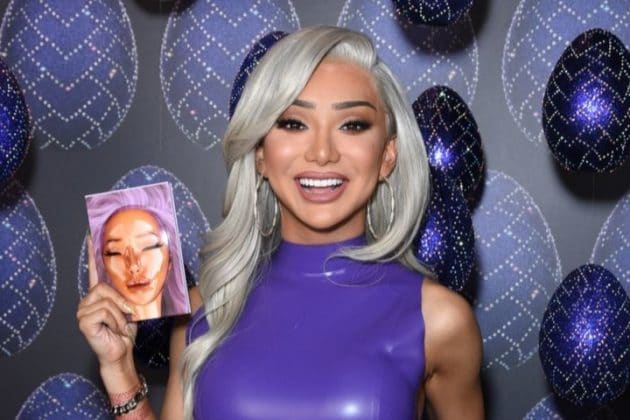 Nikita Nguyen, better known as Nikita Dragun is a Belgian American transgender YouTube star, model, and make-up artist. She is also popular as a beauty guru and Mama Dragun. Nikita is best known for making makeup tutorials, vlogs, and challenge videos on her self-titled YouTube channel, where she has 3.65 million subscribers. As of 2022, Nikita Nguyen net worth is estimated to be around $3.5 million.

Nikita Dragun was born on the 31st of January, 1996 in Belgium. She belongs to Mexican and Vietnamese descent. Nikita came out as a transgender woman when she was a teenager. She has openly talked about her transition in many of her YouTube videos.

Nikita created her YouTube account in February 2013. She uploaded her first video on October 15, 2014, which has the title “How To Get Silver Hair”. As of now, the video has received more than 591K views. Since October 2014, she has been continuously making videos on YouTube.

Nikita made a video about her transformation from male to female on October 22, 2015. To date, the video has received over 1.6 million views. On December 29, 2015, she made a video on the title ‘I am Transgender”. To date, the video has garnered more than 3.2 million views. She opened up more on her transformation through another Q&A video, which was uploaded on January 13, 2016.

Nikita receives over a million views in almost all her videos. She has mainly focused on makeup in her videos. Her recent YouTube videos include “Hype House Does My Makeup!”, “Strangers Rate My Outfits”, “Holiday ASMR With Nikita Dragun”, and “My 4th Nose Job Surgery Story! Nikita Dragun”. She has most recently uploaded a video titled “Celebrity Makeup Artist Does My Makeup ft. MakeupByAriel” on June 21, 2021.

Nikita came into the central part of the attraction after she released the music video of her new song titled “Dick” on Wednesday, September 15. Through the video, she exposed all the men who sent a private message to her. Nikita also shared the screenshots of all DMs and texts which was sent to her from well-known cis men.

One of the screenshots she shared in her video was of popular rapper, Tyga. The video featured a message where it was seen Tyga’s avatar and his verified checkmark. Tyga messaged her “Text me” by giving his phone number. However, his number was hidden in the video by the word “dick”. As soon as she exposed Tyga, social media has gone crazy over her new song.

Nikita Dragun is rumored to be dating a TikTok star, Chase Stobbe. On July 5, Chase shared an Instagram story, where he was lounging by the pool with Nikita. She has previously dated Tony Lopez and Michael Yerger.

As of 2022, Nikita Dragun’s personal wealth is estimated to be around $3.5 million. She must have bagged a vast chunk of money from making videos on YouTube. Her estimated annual earning from YouTube is reported around $220,000. Nikita is also the founder of the beauty page, Dragun Beauty which creates transformation makeup.

You May Also Like:   Claire RockSmith Net Worth: Height, Age, Bio, Boyfriend & More