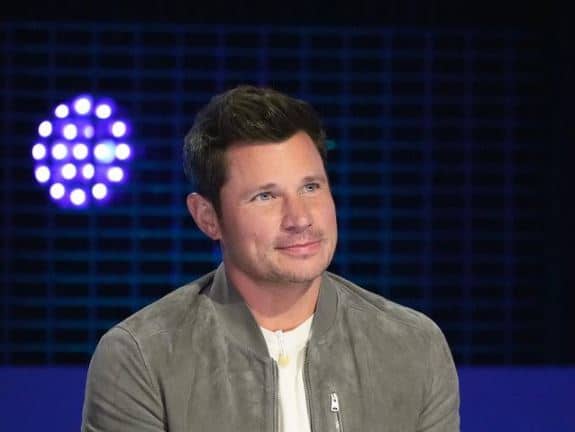 Nicholas Scott Lachey, better known as Nick Lachey is a 48 years old American singer and TV personality. He claimed prominence as the lead singer of the multi-platinum-selling R&B boy band, 98 Degrees. Nick is also known for starring in the reality TV series “Newlyweds: Nick and Jessica” along with his ex-wife, Jessica Simpson. As of 2022, Nick Lachey net worth is estimated to be around $27 million.

Nick Lachey was born Nicholas Scott Lachey on the 9th of November, 1973 in Harlan, Kentucky, United States. He was born to his parents, John and Cathalyn Lachey. His younger brother, Drew Lachey is a singer and actor, who was also a member of the boyband, 98 Degrees.

For his study, he joined the Clovernook Elementary School in North College Hill, Ohio. He also studied at the School for Creative and Performing Arts in Cincinnati. Later, he joined Miami University. In 1992, he attended the University of Southern California.

Nick started his singing career by singing in a group quartet at Kings Island along with his friend, Justin Jeffre. Though he became popular after he joined the boy band 98 Degrees. The band received their first success after they released their second album “98 Degrees and Rising” on October 20, 1998. To date, the popular boyband has sold more than 10 million records.

In 2003, Nick received further recognition after appearing in MTV’s reality show “Newlyweds: Nick and Jessica”. He starred in the reality show along with his then-wife, Jessica Simpson. Nick came up with his first solo studio album titled “SoulO” on November 11, 2003. However, the album didn’t receive a good response from audiences, and it was a complete commercial failure as well. On May 9, 2006, he dropped his second studio album “What’s Left of Me”, which peaked at Number 2 on the list of Billboard 200. It was even certified gold.

In December 2009, Nick appeared as a host of the American singing competition “The Sing-Off”. On March 3, 2014, he appeared as a host of the VH1’s pop culture talk show “Big Morning Buzz Live”. He has also appeared on the celebrity dance competition show “Dancing with the Stars”, where he competed against his wife, Vanessa. In 2021, Lachey competed in the 5th season of the singing competition show “The Masked Singer”, where he was successful to win the title of the season.

Nick Lachey has been married twice. He was first married to American singer and actress, Jessica Simpson on October 26, 2002. After living together as a married couple for three years, in November 2005, Nick and Jessica announced their separation. The pair filed for divorce on December 16, 2005, and their divorce was finalized on June 30, 2006.

Nick started dating fashion model and actress, Vanessa Minnillo after she starred in his 2006 music video “What’s Left of Me”. Though they broke up in June 2009, they get back together as a couple in October 2009. In November 2010, the pair became engaged and exchanged their wedding vows on July 15, 2011. The couple shares three kids together.

You May Also Like:   Shenseea Net Worth: How Rich is the Singer Actually in 2022?

Lachey recently appeared on the SiriusXM show, Radio Andy, where he told the host, Andy Cohen, he has not yet read his ex-wife, Jessica Simpson’s memoir, Open Book, which was released two years back on February 4, 2020.

Nick further shared that he is not going to read the book either in the future as he stated he knows what the truth is and he doesn’t need to read someone’s version of a story.

As of 2022, Nick Lachey’s personal wealth is estimated to be around $27 Million. He has amassed a huge fortune from his singing career and through appearing in various reality TV shows. Besides that, he is a part of an ownership group of the baseball team, Tacoma Rainiers, and also partly owns the Basketball Association team, the Hollywood Fame.

Summer Walker Net Worth: How Rich is the Singer Actually in 2022?

Luis Miguel Net Worth: How Rich is the Mexican Singer Actually?