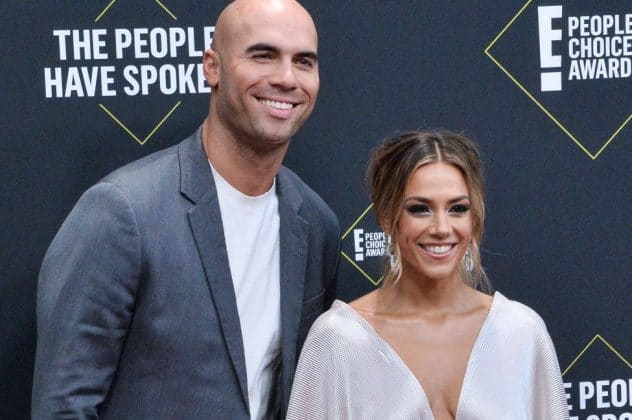 Michael Caussin, simply known as Mike Caussin is a former football tight end player, who has played for Jacksonville Jaguars. He is also popular for his on-and-off relationship with his wife, Jana Kramer. Jana has recently filed a divorce with Mike on April 21, 2021. As of 2022, Mike Caussin net worth is summed up to be roughly $4 million.

Mike Caussin was born on February 26, 1987, in Springfield, Virginia, United States. He has not shared any information regarding his parents. Regarding his education detail, he has studied at West Springfield High School. After completion of high school, he joined James Madison college. Since the time he was studying at James Madison, he was on a football field playing for the college team.

Mike was signed as an undrafted free agent by the Jacksonville Jaguars in 2010. However, he didn’t get an opportunity to play for the football team. Instead, he was placed into a practice squad of Jaguars on September 5, 2010.

Caussin was signed by The Buffalo Bills on December 1, 2010. He was with the team for three years until being waived by the team on August 14, 2013. Just after a day, he was placed on the team’s injured reserve list. After sitting on the bench for nearly 5 months, he got his place secured in the team on March 11, 2014. However, he played with the team for four months, until he was waived on July 16.

You May Also Like:   Cedric Ceballos Net Worth: How Rich is the Former NBA Player?

Caussin has been married to famous country music singer, Jana Kramer since May 2015. They started dating in August 2014. Mike put a marriage proposal to his lady love, Jana on December 2, 2014. The pair finally shared the wedding vows on May 22, 2015.

But, their relationship has faced ups and down moment many times. After 3 months, Jana shared the news that she is pregnant with his kid. Their first baby, Jolie Rae was born in January 2016. The couple made an announcement of their separation in August 2016. The reason for their separation was revealed as Mike’s extramarital affairs. After some time, Mike was found to have a treatment for sex addiction.

The pair reconciled again in December 2017, after he worked on a sex addiction program. In November 2018, the couple was blessed with a baby boy named Jace Joseph Caussin. Mike seems to be having an issue with his lady love, Jana, as she has recently posted on Instagram that “It’s Time”. She has even filed for divorce with him.

Mike Caussin has amassed a huge fortune of $4 million by 2021. He must have earned the big amount from his football career. On the other hand, Jana Kramer net worth is reported to be around $2 million.

Todd Gurley Net Worth: How Rich is the NFL Player Actually?

Antonio Dennard Net Worth: How Rich was the NFL Player?