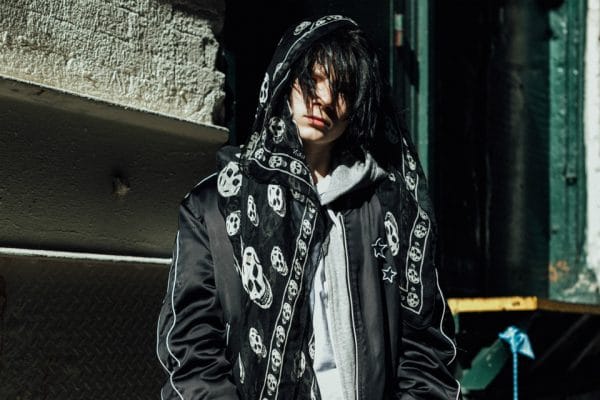 Matthew Garu, better known as Matt Ox is a 17 years old rapper from Philadelphia. He is best recognized for his 2017 hit single “Overwhelming”. Matt released his debut album “OX” in October 2018. As of 2022, Matt Ox net worth is estimated to be around $450 thousand.

Matt Ox was born Matthew Garu on December 13, 2004, in Lawncrest, Philadelphia, Pennsylvania, United States. He spent his childhood days growing up in the Lawncrest neighborhood of Northeast Philadelphia.

He was primarily raised by his mother, Laurel. Matt lost his father when he was still a toddler. His father reportedly committed suicide. He completed his school education from being homeschooled.

Matt was interested in music since he was a little kid. He became more passionate about music after he visited the studio along with his uncle. He actually started writing his own rap songs when he was 8. As he grew older, he made up his mind to seriously pursue a career in music.

Matt came into notice after he released the track titled “Pretty Penny” in January 2017. Following that, he has made collaboration songs with the rappers like Chxpo, Swami Mags, and Lil Tracy. In February 2017, he dropped another notable track titled “Low Key”. After that, he released other few singles such as “This N That”, “Michael Myers”, and “Problem Child”.

You May Also Like:   Styles P Net Worth: How Rich is the Rapper Actually in 2022?

Matt claimed prominence after his song titled “Overwhelming” went viral. It received over 10,000 plays in its first-day release on SoundCloud. The official music video of the song was released on May 22, 2017. To date, the music video has garnered over 30 million YouTube views.

After the song went viral, he started getting attention from the publications such as XXL Magazine, and The New York Times. In September 2017, he was signed to Warner Bros. Records. Along with the record label, he released the tracks like Messages, and Youngest Coming Up.

Matt also received a record deal offer from the Dream Chasers Records, and Generation Now, which he reportedly turned down. In 2017, he gave some amazing songs like “Athlete”, “Deposits”, and “Yeah Yeah”. In 2018, he was signed to a new record label, Motown. Soon, he worked along with the rapper XXXTentacion on the song titled “$$$”. The song was featured on his sophomore album titled “?”.

Matt came up with his first album titled “Ox” on October 30, 2018. The album includes 11 songs, among which 3 songs feature the rapper Key!, Chief Keef, and Valee. Recently, Matt has been actively working on his new songs. He dropped his new music video titled “Go Up” on his self-titled YouTube channel on April 24, 2021.

Matt Ox is possibly single right now. He has not been linked up with anyone yet. Ox has neither given any hint of being in a relationship through his Instagram updates. His official Instagram, Mattox is followed by 542K people.

As of 2022, Matt Ox has earned an approximate net worth of around $450 thousand. He has been able to gather a considerable amount from his music career. Matt is just 17 now, and he is yet to get more fame in the future. That makes us believe that he would surely amass a huge net worth value in the future.

Ant Glizzy Net Worth: How Rich is the Rapper Actually in 2022?