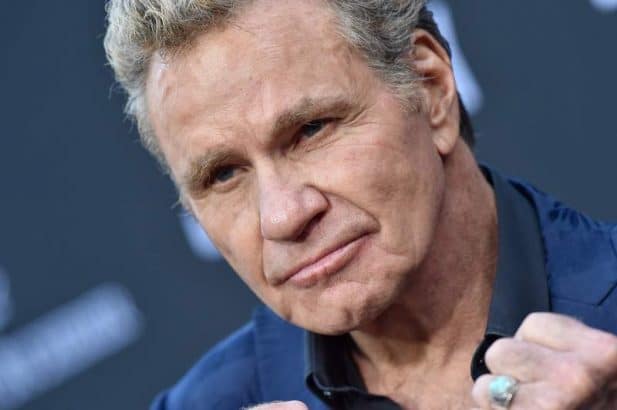 Martin Kove was born on March 6, 1946. He grew up in New York City in a Jewish family. Not much is known about his early upbringing like education, parents, and early life.

Martin Kove Net Worth and Career

Martin Kove got his start by being part of the series called Cagney & Lacey in 1982 where he played the character of a detective named Victor Isbecki. He would continue to be part of this series until 1988. This was a supporting role that led to him getting both exposure and experience in acting.

In 1984, he would be cast to play in a film called The Karate Kid where he played a character named John Kreese. The film was a blockbuster hit which led to him managing to reprise his role in its sequels as well which was also pretty successful.

This was a great time in his career as he also managed to be part of the film Rambo: First Blood Part II. Over the years, Kove has been involved in several shows including The Incredible Hulk, Kung Fu: The Legend Continues, and The Goldbergs. Among the roles he has played in recent years is in Cobra Kai.

Here, he played the same character as John Kreese which he played more than 3 decades ago.  The show originally started in Youtube Premium but after it was bought by Netflix, it started its 3rd season through them.

Kove has mentioned how Sean Connery has been one of the biggest influences to have helped in shaping his career into what it became over the years.

Furthermore, in his career, Kove has also been a stage actor where he has worked with several companies over the years including Lincoln Center Repertory Company, the Burbage Theater, and the MET Theater. At the age of 75, Kove announced that he was going to be participating in the 30th season of Dancing with the Stars making him one of the oldest contestants on the show.

Kove married Vivienne Kove in 1981 with whom he had twins who were named Rachel and Jesse. The two shared a happy marriage for more than two decades but later on, their relationship started to deteriorate. As a result, after 24 years of being married together, the two decided to divorce in 2005.

Since then, Kove has been rumored to be in a couple of relationships but it seems that he is currently single. His son Jesse has also become an actor following in the path of his father while not much is known about his other child Rachel. Kove and his son Jesse have worked together as well with Jesse being featured in Cobra Kai.

You May Also Like:   Marcus Scribner Net Worth: How Rich is the Actor Actually?

Kove is a fan of martial arts which is why he seemed such a natural fit for the role he played in The Karate Kid. He has earned a black belt in Okinawa-te and has gotten training from some of the best in martial arts. Furthermore, as a part of his practice, Kove has also studied the different forms of martial arts.

As of 2022, Martin Kove has an estimated net worth of $2 million. Most of his earnings has been from his acting carrier.

Freddy Harteis Net Worth: How Rich is Jeannie Mai Ex-Husband?

Dane Cook Net Worth: How Rich is the Comedian Actually in 2022?