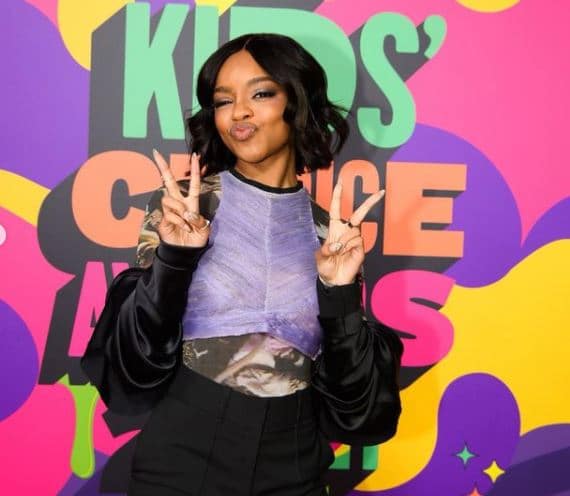 Caila Marsai Martin is a young American actress and producer. She has made a name for herself as one of the stars of the superhit sitcom called Black-ish where she plays the character of Diane Johnson. She is also one of the youngest producers with her work in the comedy called Little which was released in 2019. As of 2022, Marsai Martin has an estimated net worth of $1.8 million.

Marsai was born in Texas and started to be involved in different projects at a very young age. When she was only five years of age, Marsai was part of the national commercial for Choice Hotel. One opportunity led to another and in quick succession, Marsai was receiving multiple offers for her services which were managed by her parents.

In 2013, her family decided to move to Los Angeles to make sure that Marsai can be able pursue her acting career. Marsai was only nine years old at the time and had already been part of a dozen national commercials by this time.

Marsai Martin Net Worth and Career

You May Also Like:   Issa Rae Net Worth: How Rich is the 'Insecure' Actress Actually?

Her character is the daughter of the parents who are played by Anthony Anderson and Tracee Ellis Ross. Marsai’s role as Diane became a big hit with the overall show becoming one of the most popular sitcoms of the time. For her performances in the sitcom which has now crossed over 115 episodes. Marsai has won several accolades.

Among her achievements include winning the NAACP Image Awards for Outstanding Supporting Actress in a Comedy Series three times among which she has received six nominations for this award over the years. It is these consistent performances that led to her debut in films through An American Girl Story – Melody 1963: Love Has to Win.

She played a leading role in this film which was set based on the events that occurred in the Civil Rights Movement. Then in 2019, she became part of the comedy called Little. What was impressive about her involvement in the project was that she was an executive producer for the film which made her the youngest among African-Americans to do this feat.

Though Marsai is very young, her involvement since being a kid in this industry has helped her immensely in growing big popularity and experience over time. Her involvement as a producer in Little having worked in association with Universal has even convinced many of her co-stars that in the future, they will be working for Marsai.

You May Also Like:   Aria Brooks Net Worth: Height, Age, Bio, Career & More

She has also been working on producing a film called Queen which will also be based on a comedic genre. Having conceptualized her first story when she was only 10 years old, Marsai has been setting ambitious goals with one of her dreams being to become part of a Marvel live-action film. Furthermore, she has also been doing online beauty tutorials lately.

Not much information is known about Marsai Martin’s personal life. However, she has mentioned that some of the personalities she watches online include Tyler, the Creator, and Dolan Twins.

Mckenna Grace Net Worth: How Rich is the Actress Actually?