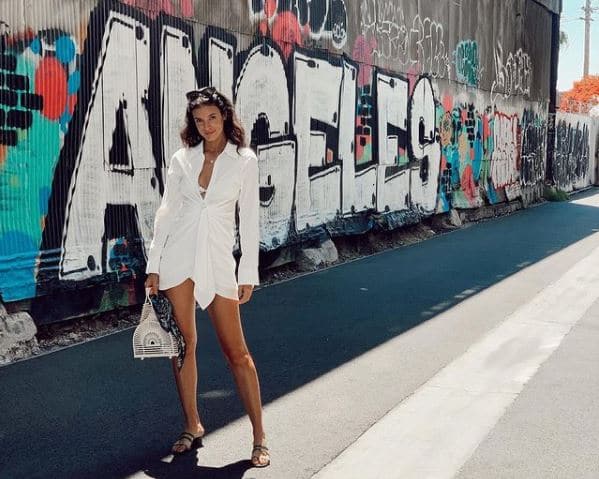 Laysla De Oliveira is a 30 years old Brazilian-Canadian actress. She is best known for appearing as Dodge in the Netflix horror drama series “Locke & Key”. Oliveira is also recognized for her amazing performance as Veronica in the 2019 drama movie “Guest of Honour”. As of 2022, Laysla De Oliveira net worth is estimated to be around $1.5 million.

Laysla De Oliveira was born on the 11th of January, 1992 in Toronto, Ontario, Canada. She has not shared much information about her early life and parents. For her study, she attended the Rosedale Heights School of the Arts where she studied drama and dance. Laysla was interested in modeling and acting since she was a small kid.

Oliveira started her modeling career when she was 14. Though, she had in her mind that she would be later pursuing a career as an actress. As she grew up, she acted in several TV films and direct-to-video films. She got her first TV role in 2012 where she appeared as Johanna Peeters in an episode of the action-drama series “Covert Affairs”. After a year, she appeared in an episode of the action drama thriller series “Nikita”.

Laysla has also tried her luck in movies. She made her TV movie debut in 2013 by appearing as Tessa in the TV film “Gothica”. Later in 2016, she portrayed the role of Paula Ferreira in the family-drama movie “An American Girl: Lea to the Rescue”. Then she became a part of other various movies such as “Jalen Vs. Everybody”, “Acquainted”, and “One by One”. However, she received much-needed appreciation after she appeared as Veronica in the 2019 drama movie “Guest of Honour”.

Oliveira’s last movie appearance came in 2019 when she portrayed the role of Maddy in the Science fiction action movie “Code 8”. She has likewise received recognition from appearing in TV series such as “iZombie” and “The Gifted”. Oliveira’s much-acknowledged role came in 2020 when she portrayed the lead role of Echo/Dodge in the Netflix horror drama series “Locke & Key”.

Laysla De Oliveira currently stands at a height of 5 feet 7 inches or 170 cm tall and weighs around 53 kg or 118 pounds. Her body measurements are 33-24-35 inches. Likewise, her hair color and eye color are both dark brown. Her shoe size and dress size are 7 (US) and 6 (US) respectively.

You May Also Like:   Carmen Lozano Net Worth: How Rich is Mexican Actress Actally?

Laysla De Oliveira is currently dating an American actor, Jonathan Keltz. The pair have been dating since 2012, and still, they are sharing the same love and affection towards each other. Laysla is also quite popular and active on Instagram, where she currently has 176K followers.

As of 2022, Laysla De Oliveira’s personal wealth is estimated to be around $1.5 million. She has bagged a considerable amount from her acting career. Laysla must be earning a handsome amount from appearing as the main lead in the Netflix series “Locke & Key”, however, she has not provided insight detail on her earnings from the series yet.

Meadow Walker Net Worth: How Rich is Paul Walker’s Daughter?