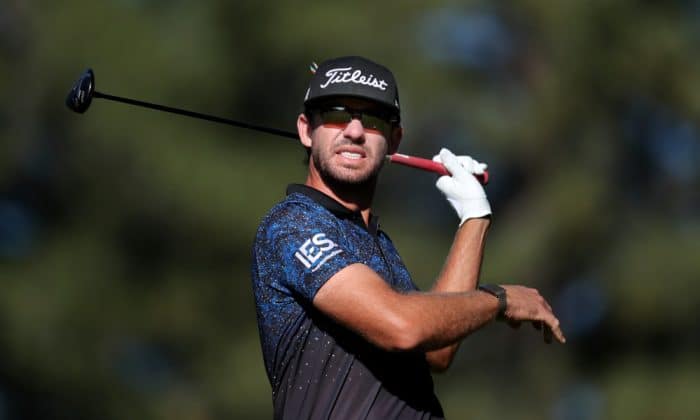 Lanto Griffin is a renowned American professional golfer, who plays on the PGA Tour. Lanto is the winner of the 2019 Houston Open making it the first PGA Tour victory of his professional golf career. Lanto currently ranks at Number 50 in the Official World Golf Ranking. As of 2022, Lanto Griffin net worth is estimated to be around $4 million.

Lanto Griffin was born on June 15, 1988, in Mount Shasta, California, United States. At a young age, along with his family, he shifted his place to Blacksburg, Virginia. His parents never lived in the same place for a long time. Lanto’s father Michael Griffin worked as a manager at Blackburg’s health food store.

Lanto was actively involved in golf since he was studying at college. He attended Virginia Commonwealth University, where he showed early signs of becoming a big golf player. In 2009, he was named as Colonial Athletic Association Player of the Year. Just after a year in 2010, he started playing golf professionally.

Lanto got an opportunity to shine after he played on PGA Tour Latinoamerica consecutively for two years in 2015 and 2016. He got the taste of his early victory after he won 2015’s professional golf tournament “Roberto De Vicenzo Punta del Este Open Copa NEC”. He continued his good performance and grabbed another championship “Virginia Open” in 2015.

Griffin’s success journey continued in 2017 after he grabbed the title of “Nashville Golf Open”. After the victorious title, he focused on securing his position on PGA Tour for the 2017-18 season. Lanto finished at 23rd spot on the regular-season Web.com Tour money list which makes his entry to the 2017-18 season.

After the end of the season, he worked hard on improving his game. During the 2019 season, he got the opportunity to play on Korn Ferry Tour. He secured 6th position overall on the regular season. He also won the Robert Trent Jones Golf Trail Championship. That made his place secure on the 2019 PGA Tour. It was his second entry in PGA Tour.

Lanto was more determined to show his best game during the 2019/20 PGA Tour season. As a result, he improved his game and made a place in the top 20 at several PGA Tour Tournaments. After all hard work, he became successful to grab his first PGA Tour win at Houston Open. Lanto took home the hefty sum of $1,365,890 after winning the tournament.

Lanto Griffin is in a relationship with Maya Elizabeth Brown. They have been in love relations for more than 2 years, and the rumor is flying all around that they will be tying the knot very soon. Maya frequently gets captured with Lanto whenever he goes to the tournament. She even takes her time off to support her boyfriend in his game. Maya is an attorney who works in Charlotte, North Carolina.

You May Also Like:   Dell Curry Net Worth: How Rich is the Retired NBA Player Actually?

Starting 2022, Lanto Griffin’s personal wealth is estimated to be around $4 million. The net worth value will increase for sure in the next few years if he goes on earning a hefty sum from golf tournaments.

Chris Kirk Net Worth: How Rich is the Golfer Actually in 2022?