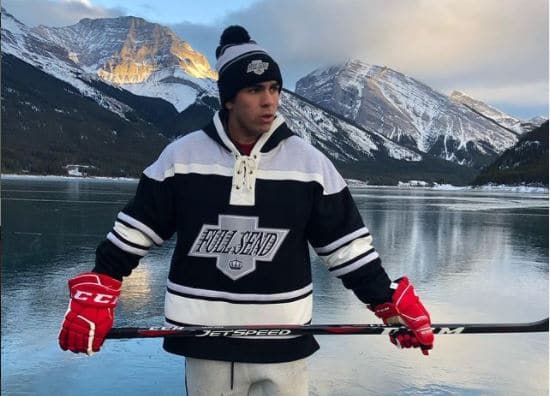 Kyle John Forgeard is a Canadian Youtuber and content creator. He is best known as one of the founding members of the Youtube channel called Nelk which was started in 2010. The channel currently has more than 6.61 million subscribers and is filled with hilarious and at times controversial pranks. As of 2022, Kyle Forgeard net worth is estimated to be around $1.5 million.

Kyle was born on July 12, 1994, in Mississauga, Ontario. After finishing his high school studies, Kyle joined Ryerson University in Toronto to study film. At the time, he was already actively making videos as he was passionate about the craft. However, as his following started to grow, he made the bold decision to drop out of the university and focus fully on his Youtube career.

Kyle Forgeard Net Worth and Career

Kyle had created the channel named Nelk back in 2010 with the twins named Niko and Marko Martinovic alongside Lucas Gasparini. Among their earliest videos was called McDonald’s Job Interview PRANK which helped them to get initially noticed. Yet, one of their early viral hits would be a video titled Coke Prank on Cops which was released in 2015.

You May Also Like:   Katie Feeney Net Worth: How Rich is the TikTok Star Actually?

In the prank, they told police officers that they had coke in the back of their car. The police officers would come and see it believing it to be cocaine but it was Coca-Cola. The video crossed over 40 million views and helped them to gain many new subscribers to their channel. However, they also received a warning from the Police Department because of the prank mentioning how it was illegal.

Over the years, Kyle and his team have established Nelk to be among the best channels to see pranks and fun vlog videos. The group also embraces the party lifestyle in their videos in the context of the North American college culture which is why that age group has many fans for Nelk.

Kyle is the kind of person who likes to have fun and make light-hearted jokes all the time. It is currently unclear if Kyle is dating anyone as he has not mentioned anyone significant in his life. He might well be living the life of a bachelor and might be single.

As of 2022, Kyle Forgeard’s personal wealth is estimated to be around $1.5 million. Kyle has been doing very well for himself through the huge following he and his team has developed over the years. They have recently launched their brand of hard seltzer called Happy Dad which even the UFC fighter Nate Diaz seemed to be promoting.

That might lead to their net worth increased even more in the future with the drink already in many states all over the U.S. Kyle recently also uploaded a video on their another channel called Full Send where Kyle gave his dad $300,000 to retire as he felt his parents had always supported him even in decisions such as to drop out of university and pursue Youtube as a career.

Les do Makeup Net Worth: How Rich is the YouTuber Actually?