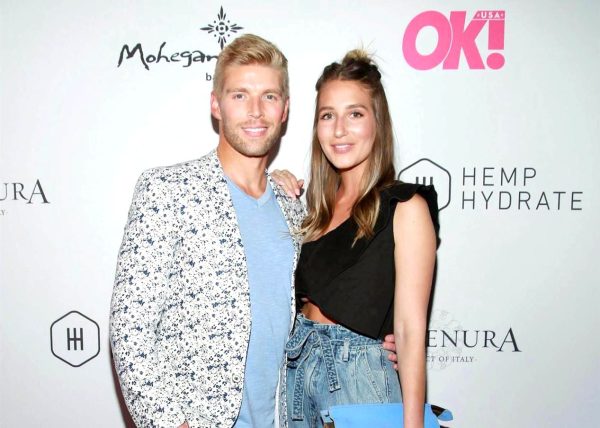 Kyle Cooke is an American reality TV star best known for featuring on Bravo TV’s popular reality show “Summer House”. Cooke is also the founder of the alternative alcohol lifestyle company “Loverboy, Inc.” and New York City-based nightclub, Nightjockey, INC. As of 2022, Kyle Cooke net worth is estimated to be around $1.5 million.

Kyle Cooke was born on August 4, 1982, in the United States. He studied at the Trinity College-Hartford where he received a Bachelor of Arts degree in Political Science in 2006. In 2009, he joined the Babson College-Franklin W. Olin Graduate School of Business to study MBA in Entrepreneurship. He held an MBA degree from Babson in 2011.

Kyle operated a franchise-based contracting business, University Painters in February 2003. He ran the business for over three years until May 2006. In June 2006, he worked as a sales representative for the health insurance company, CIGNA. Then, in August 2007, he served as Vice President of Sales and partner of the Park Place Equity, LLC.

A couple of years later, he started working as a consultant and investor for Saber Seven Inc. After serving a year in the company, he joined Rand Worldwide, where he served as a consultant until May 2010.

You May Also Like:   Dorit Kemsley Net Worth: How Rich is RHOBH Star Actually in 2022?

Cooke founded the nightclub in New York City in March 2011, which was named Nightjockey, Inc. He ran the nightclub until August 2012 and after that, it was acquired by Seratonin, Lmt. In April 2013, he worked as a director of Enterprise Sales in a company called ZocDoc. He founded a Uber for beauty company named Blownaway in February 2014.

In September 2015, he became a partner and an advisor for the consumer goods company, Birddogs. Currently, he is currently working in two companies named, FENIX and Loverboy, Inc. He founded the two companies in June 2016 and June 2018.

Cooke was known to people after he featured on Bravo’s reality show “Summer House”. The first season premiered on January 9, 2017. He and his partner, Amanda Batula has been a part of the series since its first season. Amanda appeared as a friend in the first season. The sixth season of the reality series started premiering on Bravo on January 17, 2022. The new season will cover the wedding of Kyle and Amanda and would feature three new roommates.

Kyle Cooke is married to Amanda Batula, who features along with him on Bravo’s reality series “Summer House”. The pair reportedly tied the knot with each other in September 2021 in New Jersey. They were all prepared to exchange wedding vows in September 2020, however, it was postponed due to the COVID-19 pandemic. Kyle and Amanda got married in front of multiple co-stars of Summer House, which includes Carl Radke and Paige DeSorba. Paige and Carl served as a bridesmaid and groomsmen at the wedding.

Amanda shared the Instagram story of her wedding photos and videos after walking down the aisle with Kyle. In one of the videos, she and Kyle were walking holding each other’s hand after saying ‘I Do”. The couple practiced their wedding ceremony with their friends during the Season 5 finale. At that time, the pair revealed they had decided to get married in Amanda’s parent’s backyard. As of now, Kyle and Amanda are experiencing the happiest moment of their life.

As of 2022, Kyle Cooke’s net worth is estimated to be around $1.5 million. H earned a huge amount through founding different business ventures, and from appearing on Bravo’s popular reality series “Summer House”. As per sources, Kyle is making an average salary between $10,000 to $20,000 per episode of Summer House.

Andre Leon Talley Net Worth: How Rich was the Journalist Actually?