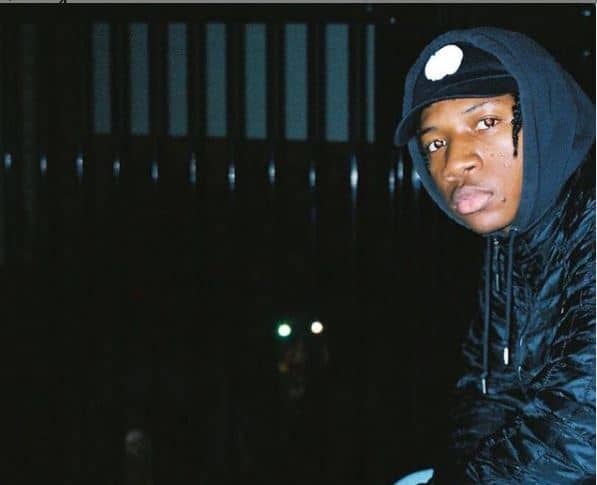 Kenny Mason is a 26 years old rising rapper from Atlanta. He is best recognized for his popular song “Hit”. He is also known for his 2020 released album “Angelic Hoodrat”. On May 6, 2021, Kenny shares a visual series “Strays 02”, which includes tracks from his second album “Angelic Hoodrat: Supercut”. As of 2022, Kenny Mason net worth is estimated to be around $150 thousand.

Kenny Mason was born in Atlanta, United States. He was raised by his grandmother, who died when he was 10. After that, he lived in different family members’ houses in the metro area until he was studying in high school. At 14 years of age, he made up his mind and decided to make his career in music. He took the decision after he listened to an interview with rapper, Kid Cudi, who said that he was committed to music when he was the same age as Kenny.

Kenny has skipped school most of the time. He attended Carver High School, where one of his major subjects was music production. He tried to learn guitar while he was in high school, however, he was unable to do so. Because his aunt was not paying for his guitar lesson.

During the days in high school, he figured out that he could actually record and structure songs. He also realized that he could learn to make amazing beats. Kenny then started releasing his songs on various social media sites. In 2017, he released a song titled “AIR: DESIRE” on Soundcloud. Surprisingly, he gained a good response from the song.

Following that, he worked on other songs like “4Real” and “Nike II”, which helped him to gain early recognition. However, it was in 2019 when he claimed fame by releasing the song “Hit”. The music video of the song was released on November 4, 2019. It has garnered over 4.2 million views on YouTube.

After a much-needed breakthrough, his confidence level was high, and so he worked on other songs. Kenny came up with his first album titled “Angelic Hoodrat” on April 15, 2020. The album includes 14 songs. He released his second album “Angelic Hoodrat: Supercut” on April 16, 2021.

Kenny has recently uploaded an official music video of his latest song “4ever”. The song was uploaded on May 4, 2021, and it has gathered over 27K views. Most recently, he shared a 12 minute visual series of his live performance, Strays 02 on May 6, 2021.

Kenny Mason stands at a height of 5 feet 8 inches or 172 cm tall and weighs around 70kg or 154 pounds. His body stats like chest size, arms size, and waist size are not available at the moment. Likewise, his hair color and eye color are both black.

Kenny Mason has not specified his real relationship status yet. He has neither given any information about his love affairs on Instagram. Kenny seems to be more busy working on his new songs. Or it is also possible that he is dating someone, and doesn’t want to reveal her identity in public.

Kenny Mason has not revealed his exact net worth value yet. According to our estimate, his net worth must be in the range of $100,000 to  $150,000. He has just started getting fame and is yet to achieve more recognition and success in the future. Kenny is also earning a hefty sum from his YouTube channel. His estimated annual earning from YouTube is $1.8K to $29.5K.