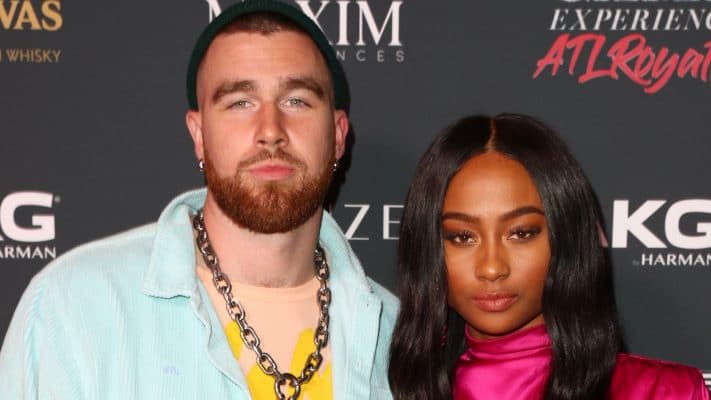 Kayla Nicole is a reporter, entrepreneur, and model who has worked for NBA and BET as well as been a part of several beauty pageants. She is also the founder of the fitness brand called Strong is Sexy. As of 2022, Kayla Nicole net worth is estimated to be around $1 million.

Kayla Nicole was born on November 2, 1991. She studied at Pepperdine University where she graduated with a degree in journalism. Not much is known about her early years including her family and siblings.

Kayla Nicole Net Worth and Career

Kayla Nicole has worked as a reporter for the NBA as well as BET. Recently, she also worked in collaboration with Ball is Life to host the show called Heat Check which is a Youtube show that focuses on basketball. She is also involved with the website called HotNewHipHop where she has signed a deal as a resident tastemaker.

Previously, she has also been part of several beauty pageants. She managed to be in the Top 20 of the Miss CA in 2013. Furthermore, she was the 2nd runner-up during the Miss Southern Coast Regional that was held in 2012.

Because of her gorgeous looks and beautiful body, Kayla Nicole is also approached for modeling projects. She has modeled for the lingerie brand called Fenty X Savage which is started by Rihanna.

You May Also Like:   Katie Feeney Net Worth: How Rich is the TikTok Star Actually?

Kayla believes in the notion that Strong is Sexy and in order to communicate this belief, she had started Strong is Sexy as a fitness brand. In order for promoting the brand, she is actively seen on Youtube with workout videos as well as on social media feeds such as Instagram where the fitness brand page has more than 75k followers. Her personal page has more than 570k followers too.

Kayla Nicole is currently in a relationship with Travis Kelce who is a pro-bowler who plays for the Kansas City Chiefs with their team being among the dominant ones in the Super Bowl. He was the main star of the reality dating show called Catching Kelce where women from all of the 50 states would compete to win his heart. However, Travis and the winner he chose named Maya Benberry did not date for long.

Later on, he met Kayla Nicole and the two instantly clicked with each other. Kayla mentioned how Travis had stalked her on Instagram which led to her sending him a direct message. They have been together since announcing their relationship publicly in 2017.

As of 2022, Kayla Nicole has an estimated net worth of $1 million. Kayla Nicole recently got questioned by fans after she criticized the influences on how they can afford so many designer items without becoming broke as she mentions that she can barely afford to shop at Zara.

Her fiancé Travis Kelce has a $57 million deal which made fans think that Travis doesn’t look after her girl. However, he later mentioned in a tweet how she is an independent woman.