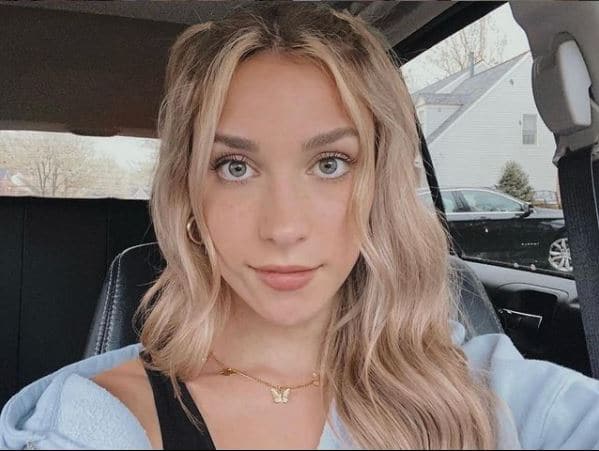 Katie Feeney is an American social media personality who is known for her huge following on TikTok where she performs dances, unboxing videos, as well as comedy sketches. She has more than 5.8 million followers with more than 420 likes on the platform. As of 2022, Katie Feeney net worth is estimated to be around $1.5 million.

Katie was born on August 16, 2002, in Maryland, US. Dancing has been a passion for Feeney which she realized when she was only 4 years old. This was when she started to dance regularly. Furthermore, over the years, she developed as an athlete as well who competed in different track and field competitions.

Regarding her education, she studied at Sherwood High School where she was also the treasurer in their student government association. Feeney has plans of going to college and has already made up her mind of going to the Penn State University where she will focus on business and marketing as her major.

Katie Feeney Net Worth and Career

Though Feeney had been active making videos on Musical.ly since 2015, it would only be in 2020 when the pandemic started that she started to seriously make videos. This is because her usual activities in track and field were closed down and she was taking virtual classes. This led to her focus on building an online brand which grew a lot faster than she had ever expected.

Her videos mostly involved dancing as that is what she is very good at. She has also done many comedy videos in recent times too. Furthermore, Feeney used to enjoy watching unboxing videos on Youtube and thought that the same could be applied to TikTok as well. This would be a big success as many people became interested in such types of videos. Her popularity has even led to features on People.com, Fox 5 Live, and BuzzFeed.

Feeney has two siblings who are named Peter and Michael. Furthermore, she is a dog lover and has two dogs named Maggie and Tess. Feeney is in a relationship with Sean Yamada whom she met in high school. He is a football player who played for their high school team. The two seem to be in a serious relationship as Sean often features in many of her videos. They even went to prom together as well.

As of 2022, Katie Feeney’s net worth is estimated to be around $1.5 million. Feeney has been able to get paid for making videos ever since 2017 when she was using Musical.ly. At that time, she would be paid by singers who pay her in return for playing their songs in the videos she makes. But, it is really after the pandemic started, that her following grew exponentially, and with it the brands with bigger pockets as well.

Because of the popularity of her unboxing videos which she was one of the stars to start, Feeney has been able to partner with Amazon Live and advertise several of the products that they offer. Furthermore, Snapchat and its Spotlight feature have also been a source of income for Feeney over the recent times.

Nick Briz Net Worth: How Rich is the YouTuber Actually in 2022?