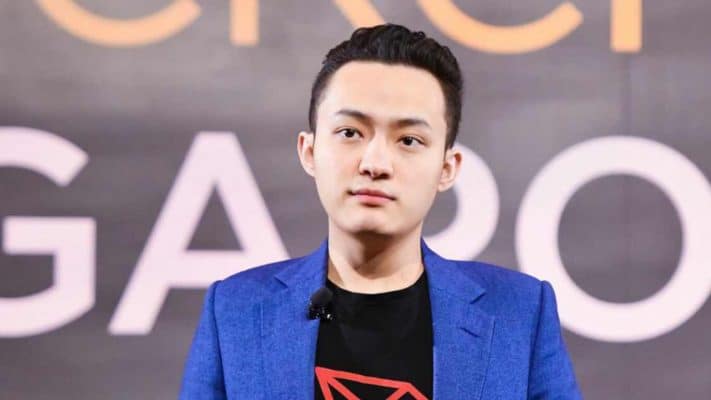 Justin Sun is a Chinese Tech entrepreneur. He is also known as Chinese Whiz Kid, who founded the cryptocurrency platform, TRON. Justin also holds a position as CEO of a peer-to-peer sharing service company,  BitTorrent, Inc. It is currently known as Rainberry, Inc. As of 2022, Justin Sun net worth is estimated to be over $200 million.

Justin Sun has recently made huge investments in two big cryptocurrency platforms; Bitcoin and Ethereum. He purchased 4145 BTC worth $152 million and 54,153 ETH worth $135 million.

Justin Sun was born on the 30th of July, 1990 in Xining, Qinghai, China. There is not enough information available regarding his early life and parents. For his study, he joined Peking University in 2007. He came out as a graduate from Perking in 2011 holding a Bachelors’s degree in Arts and History.

Justin prepared a thesis with the title “The Birth of a Decentralized Internet” focusing on the blockchain industry. He had his first job as a Chief Representative and Advisor for the technology company, Ripple Labs. He served the company for two years before leaving in January 2016.

During the time, he was working in Ripple Labs, he founded the social media app, Call me or Peiwo. It became the largest voice live streaming app in China. The app is mostly used and loved by teenagers. Sun is still looking after the company as a Chairman and CEO.

In July 2017, Justin took his first step towards decentralized internet by founding a blockchain company, TRON. Sun acquired a peer-to-peer file sharing service, BitTorrent in less than a year in June 2018. He has reportedly purchased the company for around $126 million.

In January 2021, he invested $10 million in an Electronic retails company, GameStop, and $1 million each in the iShares Silver Trust and AMC. After two months in March, he became the second person to break the record of a $69 million non-fungible tokens (NFT) bid in Christie’s auction.

Sun was about to big $70 million in the auction for the digital artwork, however, his offer was not taken by Christie’s systems, and outbid less than 20 seconds before the close of the bid.

Justin Sun has not specified his real relationship status yet. We are yet to know either he is married or dating someone. Due to the lack of any information about his love affair, he is assumed to be single.

Justin placed a record-breaking bid of $4.5 million to have a private lunch with a business tycoon, Warren Buffet in June 2019. However, he canceled the lunch, which was finally executed in January 2020, where he gifted Buffet a smartphone that was loaded full of bitcoin and Tron.

Reports claimed that he canceled the lunch because he was accused of being involved in some illegal fundraising, money laundering, gambling, and pornography activities. Sun later denied all the accusations and stated he canceled it because he was going to treat for kidney stones.

As of 2022, Justin Sun’s personal wealth is estimated to be around $200 million. He has earned a big sum from his huge investment in the cryptocurrency market.

Carter Comstock Net Worth: How Rich is Danika Patrick’s Boyfriend?