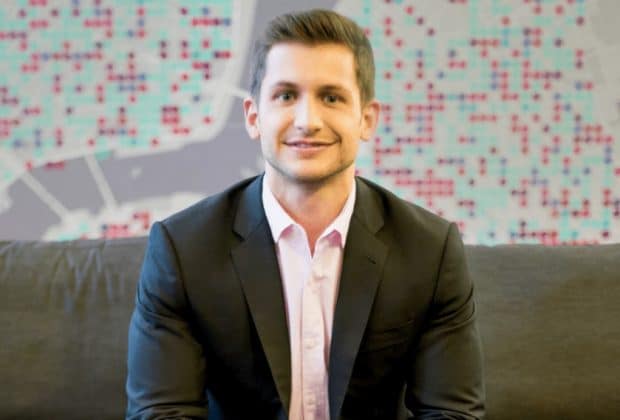 Carter Comstock is an American entrepreneur, who runs a direct-to-consumer subscription meal company, Freshly Inc. Carter has co-founded the meal company along with Michael Wystrach in 2012. As of 2022, Carter Comstock net worth is estimated to be around $80 million.

Carter has also invested some part of his wealth in the CBD wellness brand, Beam. He is recently in limelight for being the new boyfriend of the former race car driver, Danica Patrick.

Carter Comstock was born in the United States of American and holds American citizenship. There is not enough information available regarding his early life and parents. Regarding his education detail, he joined Eller College of Management at the University of Arizona in 2005. He came out as a graduate holding Bachelor’s Degree in Business Management in 2009.

Talking about his work experiences, he has worked as a direct sales manager at the company, ADP. He joined the company in March 2010. Carter served the company for two years and five months, ultimately leaving his job in July 2012.

After leaving the workspace of ADP, he started his own company named Freshly Inc. in July 2012. Carter and his business partner, Michael Wystrach, build the initial bricks for the company. The company provides weekly subscription services, which deliver healthy meals directly to the customer’s doorstep.

The meal company is providing the highest quality chef-made 30 different flavorful meal preparations to the customers. In addition to that, the healthy meal is fully packed with key nutrients with no artificial flavors. Customers are supplied the meal with free shipping and eco-friendly packaging technology.

Carter Comstock has become more famous these days, because of his new love relation with former racer, Danica Patrick. People get to know about their relationship when Patrick shared a picture with Carter on her Instagram.

Danica shared a picture with Carter on April 16, 2021, with the caption “Beach workouts are fun for one, but better with you…”. In the picture, Carter was giving a kiss on her cheek. That made people curious about her new relationship with Carter. Danica was previously dating NFL quarterback, Aaron Rodgers. Both broke up in July 2020.

Carter and Danica, both have invested in a CBD wellness brand, Beam. But, it is still not known how the pair started their love story. It is believed, they started liking each other, through sharing a mutual bond with the wellness brand.

You May Also Like:   Jayda Cheaves Net Worth: How Rich is the Entrepreneur Actually?

Carter Comstock might have collected a hefty sum from running a meal company, Freshly Inc. But, his exact net worth figure has not come out yet. His estimated fortune must be over $80 million. Some websites even list his net worth to be over $150 million.

Carter Comstock might have collected a hefty sum from running a meal company, Freshly Inc. But, his exact net worth figure has not come out yet. His estimated fortune must be over $80 million. Some websites even list his net worth to be over $150 million.

RSS Error: A feed could not be found at `https://news.google.com/topics/CAAqKAgKIiJDQkFTRXdvTkwyY3ZNVEZuWW5oeWFIQjNNeElDWlc0b0FBUAE?ceid=US:en&oc=3`; the status code is `200` and content-type is `text/html; charset=utf-8`
Related Topics:
Up Next

Laszlo Hanyecz Net Worth: How Rich Laszlo Would have been Today?

Justin Sun Net Worth: How Rich is the Entrepreneur Actually?