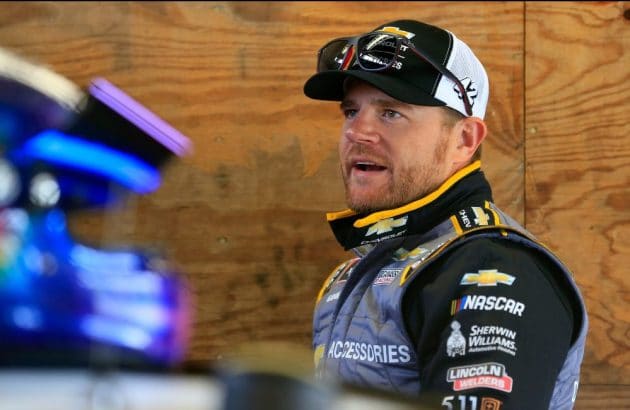 Justin Marks is an American former professional racing driver and entrepreneur. He is the owner of the NASCAR Cup Series team “Trackhouse Racing Team”. Justin has competed in the NASCAR Camping World Truck Series, and ARCA Racing Series in sports car and stock car racing. As of 2022, Justin Marks net worth is estimated to be around $7 million.

Justin Marks was born on 25th March 1981 in St. Louis, Missouri. His father has worked as an executive at an American company, Crocs, and as the interim CEO of Tesla Motors. Marks moved along with his parents to Menlo Park, California, when he was 8 years of age.

His grandfather, whose house was in Iowa was his closest companion. Along with him, he used to see the dirt racing events. He had seen the Wallace brothers battling in dirt tracks, and local Midwest racers like Ken Schrader, Dick Trickle.

Justin was participating in racing events since he was studying in high school. He completed his first race in 1998 in the street stock division. Though he was following his racing career, he didn’t quit his study. He joined the California State University to obtain a degree in sports marketing. However, his passion for racing ultimately leads him to withdraw his name from college.

You May Also Like:   Rainer Schaller Net Worth: How Rich is the Entrepreneur Actually?

Marks was just 18 when he went on to compete at his first-ever sports car racing. He made his first entry in the SCCA Regional Racing Series, and then the Speed World Challenge Series. In 2004, he started competing at the Rolex Sports Car Series GT Class. He was able to get four wins and finished at the top tens while he competed between the series. Following year, he again competed in the Rolex Sports Car Series, where he became victorious in 3 races.

Marks quit road racing in 2006 and moved on to make a career in NASCAR. Soon he went on to compete in the ARCA RE/MAX Series. However, he didn’t get a single win in his two years of racing in the Series. Though, he was able to make some improvement in his driving ability. In 2008, he got the victory at the pole position for the NASCAR Craftsman Truck Series, and ARCA RE/MAX Series.

Justin made his grand debut in Sprint Cup Series in 2013, where he drove the No. 7 of Tommy Baldwin Racing in the 2013 Toyota/Save Mart 350. In 2015, he drove the No. 42 Chevrolet for the Chip Ganassi Racing at Road American and Mid-Ohio. By reaching 2016, he made expansion of his Chip Ganassi Racing Schedule, as he was competing in the Xfinity Series. Marks got his best oval track to finish in 2018, where he ran the season-opening for Rick Ware Racing driving No. 51.

Justin made a partnership deal with the former NASCAR executive, Ty Norris to form the Trackhouse Racing Team. The team made its debut in 2021. On June 30, 2021, he purchased Chip Ganassi Racing’s two-car NASCAR Cup Series team. With the purchase, he got two charters from CGR, and 2 entries into all 36 points races. The purchase also made him assure that he would get a guaranteed revenue streams from each race.

Justin Marks has recently married his longtime fiancee, Erin Peppers on June 18, 2021. They shared their wedding vows at Lake Lanier Islands Resort based in Buford, GA. Around 200 family members and friends attended their wedding reception.

As of 2022, Justin Marks’ personal wealth is estimated to be around $7 million. Marks has also been earning a vast chunk of money from his entrepreneurial venture. Along with Michael McDowell, he started a karting facility, GoPro Motorplex, which started its facility in October 2012. He was also the owner of the World of Outlaws team.

Mauricio Scott Net Worth: How Rich is Alex Drummond’s Husband?

Coffee Meets Bagel Net Worth: How Much is the Dating Site Worth?