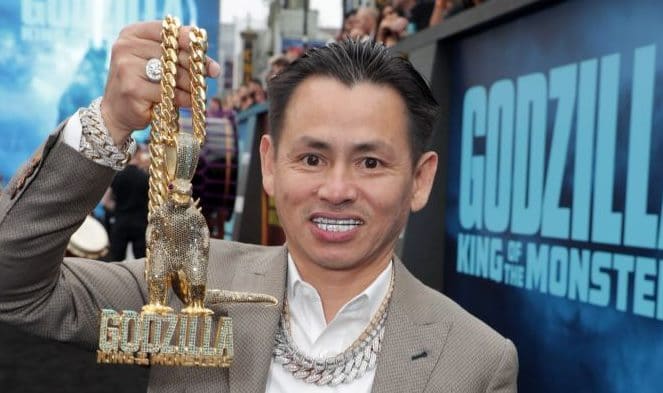 Johnny Dang is a Vietnamese entrepreneur and Jewelry designer, best recognized for popularizing the diamond and gold mouthpieces, “Grillz”. He is also the founder of Johnny Dang and Co. Johnny is the top diamond jewelry supplier for the biggest hip-hop stars like Sean Combs, Quavo, Kanye West, and Lil Wayne. As of 2022, Johnny Dang net worth is estimated to be around $20 million.

Johnny Dang was born on 21st November 1974 in Vietnam. He spent his childhood days growing up in a small village in central Vietnam. His father was a soldier in the Vietnam war, who escaped from the war by boat, and settled in Texas opening a small jewelry shop. In 1996, along with his mother and siblings, he shifted from Vietnam to Texas and reunited with his father.

After moving to Houston, Texas, he joined the Houston Community College and studied English. His father and grandfather, both have worked in the jewelry trade. He also learned to make jewelry while staying in Vietnam so that, he could help his dad. However, after he moved to Texas, he realized that there are major differences between the jewelry designing process he learned in Vietnam, and the style and technologies used in U. S.

Dang quickly got familiar with using the new tools and always made sure that the jewelry is made of high quality. He got to meet the rapper, and entrepreneur Paul Wall while he was repairing jewelry in the flea market. Paul was quite impressed with his skills in making grills, that doesn’t require the filing of teeth. With the help of Paul Wall, he was connected with the hip-hop scene, and since then, their partnership began.

His grills became popular in the hip-hop culture after two years he started working with Paul Wall. Dang focused on making things unique for each rapper’s clients, which has eventually helped him to expand his jewelry empire.

To date, he has established 50 in-house jewelers at Johnny Dang & Co. He is still coming with his new creative ideas on jewelry designing. Dang’s most exclusive design includes a pair of the World’s first emerald cut grills, which he made for rapper Quavo.

Johnny Dang is married to Jennifer Dang. The couple celebrates their marriage anniversary every year on August 14. Johnny and Jennifer share two kids; a son and a daughter. Their daughter turned 15 on September 6, 2020, and their son turned 14 on April 19, 2021. Johnny seems to be living a happy life with his wife, and two kids.

Through his unique and high-quality Jewelry designs, Johnny Dang has amassed a total net worth of around $20 million. He has been the favorite of many known hip-hop artists, and he has designed many unique designs for them. Johnny is also involved in charity works. He often hosts charity giveaways for kids in Texas and helps kids in Vietnam through his Charity organization, Johnny Dang Charities.

You May Also Like:   Otoniel Net Worth: How Rich is Dairo Antonio Usuga Actually?

Aurora James Net Worth: How Rich is the Fashion Designer in 2022?

Christian Stracke Net Worth: How Rich is Sutton’s Ex-Husband?