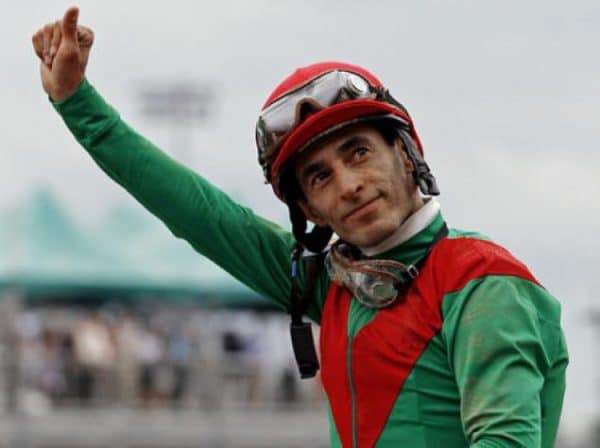 John Velazquez is a famous Puerto Rican jockey, who has won 15 Breeder’s Cup and 6 Triple Crown races. He is a 2012 Horse Racing Hall of Fame induction Jockey. John recently led the horse, Medina Spirit to win the 2021 Kentucky Derby on May 1, 2021. As of 2022, John Velazquez net worth is estimated to be around $300 million.

John Velazquez was born on the 24th of November, 1971 in Carolina, Puerto Rico. He learned horse riding while staying in Puerto Rico. In fact, he has studied at jockey school for 1 and half years. John registered his first race victory on January 3, 1990. After that, he relocated to New York State and got training under Angel Cordero Jr.

John didn’t know English when he stayed in New York State. After some time, when John stayed with Cordero, he learned English with his daughter by watching the movie “The Little Mermaid” in 2 and a half months. John has given all credit to Cordero, from whom he learned not just riding but all that which required to survive.

Velazques registered his 1st riding title at Aqueduct. He was victorious in the first of five titles in 1998 which held at the thoroughbred horse racing track, Saratoga. On September 3, 2001, he made a Saratoga record by winning 6 races in just a day.

John became the leading jockey who earned the most in North America in 2004. That same year, he received Eclipse Award for Outstanding Jockey. Just after a year in 2005, he broke the national earnings set by Jerry Bailey.

John achieved several milestones in 2013, which includes winning the 5000th race at Belmont Park. On July 27, he became the all-time winningest rider of Saratoga. Likewise, he was announced as the all-time leading money winner on October 13 among all North American Jockeys.

Velazquez became the all-time leading money winner in 2015, who surpasses the total earning of $300 million. John later competed in the 2017 Kentucky Derby with Always Dreaming, which he won. He again competed at the 2017 Breeders’ Cup, eventually lifting the trophy at the end.

John Velazquez is married to Leona O’Brien. Leona is the daughter of a racehorse trainer, Leo O’Brien. He shares two kids; Lerina and Michael Patrick with his wife Leona.

You May Also Like:   Bruce Buffer Net Worth: How Rich is the MMA Announcer Actually?

John Velazquez is one of the leading money-earning jockeys in sports history. As of 2022, his net worth is estimated to be over $300 million. After winning the 147th Kentucky Derby, he receives 10% of first-place prize money, which equals $186 thousand. Velazquez is also the first rider to reach $300 million in earnings.