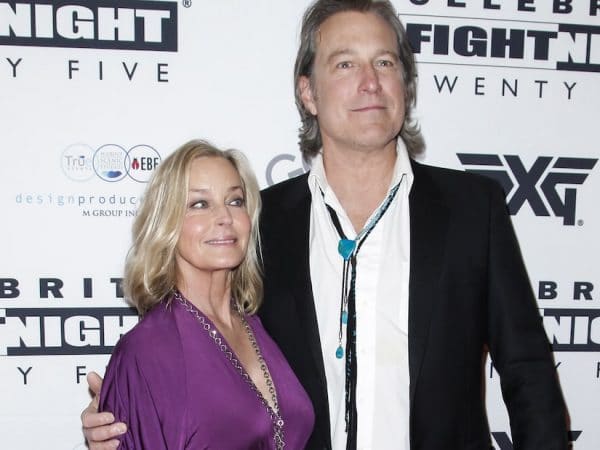 John Corbett is a 61 years old American actor and country music singer. He is best known for portraying the role of Chris Stevens on the comedy-drama series “Northern Exposure”. John is likewise known for showing splendid performance as Aidan Shawn on romantic comedy-drama series “Sex and the City”. As of 2022, John Corbett net worth is estimated to be around $12 million.

John Corbett was born on the 9th of May, 1961 in West Virginia, United States. He was born to parents John Marshall Corbett and Sandra “Sandy”. John has spent his early days living with his mother and stepfather. He worked as an altar boy at the St. Joseph’s Cathedral for seven years. When he reached 7, he began playing the guitar.

Regarding his education detail, he has studied at Wheeling Central Catholic High School from where he graduated in 1979. At 16 years of age, he started working as a security guard at Capitol Music Hall.

After high school graduation, he shifted his place to Bellflower, California, and there, he lived with his father and stepmother. For six years, he was working there for the company Kaiser Steel.

During the time when he was working at the factory as a hydro tester, he got training for a year to become County Deputy Sheriff at L. A. However, he was unable to clear the exam. John then joined Cerritos College after suffering a back injury while working at the factory. In college, he studied acting and took hairdressing classes. John became a licensed hairstylist in 1986.

You May Also Like:   Gabriel Iglesias Net Worth: How Rich Is the Comic in 2022?

In the initial phase of his career, he appeared in the Samsung commercial. Then, he got more commercial opportunities which took him to star in 50 national commercials. John started off his acting career in 1988 by appearing as Louis in the comedy-drama series “The Wonder Years”.

In 1990, he was cast as Chris Stevens in the CBS comedy-drama series ‘Northern Exposure”. He received a high appraisal for his amazing performance in the series. John received further recognition after he appeared as Aidan Shaw in the HBO comedy series “Sex and the City.

Corbett has also been impressive in his movie roles. As of now, he has appeared in numerous movies. He made his movie debut in 1991 with the movie titled “Flight of the Intruder”. Then, he continued to appear in more movies. His most recently released movie is “To All the Boys: Always and Forever, Lara Jean”. The movie is a sequel to the 2020 released teen romantic comedy movie “To All the Boys: P. S. I Still Love You”.

John Corbett is a married man who tied the knot with the actress, Bo Derek in  2020. He revealed his marriage news during a virtual appearance on Tuesday’s episode of the CBS daytime show “The Talk”. In the episode, he revealed that it is the first time he or his wife Derek has publicly confirmed the news of being a married couple. However, their close friends and family knew their secrets for a long time.

You May Also Like:   Angus T Jones Net Worth: How Rich is the Actor Actually in 2022?

John revealed that he and Bo had dated for more than 20 years, and they decided to get married in 2020. In 2015, while talking Today, he revealed that he was set up with Derek by his close friend, and Hollywood agent, Norby Walters when he said to him that he was not dating anyone in 2002.

As of 2022, John Corbett’s personal wealth is estimated to be around $12 million. He has been able to gather vast chunks of money through his over three-decade involvement as an actor in various movies and TV series. Besides that, he is also a talented singer who has released two studio albums to date.

Trevor Moore Net Worth: How Rich was the Comedian Actually?

Jay Pickett Net Worth: How Rich was the General Hospital Actor?