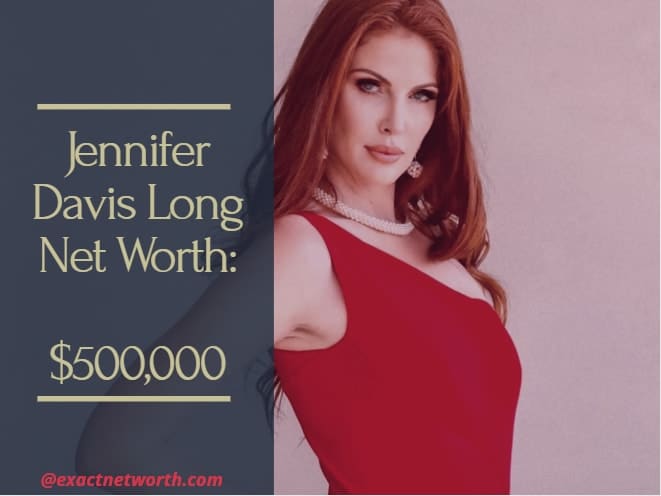 Jennifer Davis Long is an American real estate agent and reality TV star. Jennifer is best known for appearing as a friend of the main cast members on the popular reality show “Real Housewives of Dallas (RHOD)”. As of 2022, Jennifer Davis Long net worth is around $500,000.

Jennifer Davis Long was born in Texas, United States of America. She is a sixth-generation Texan, which states that her ancestors have stayed in Texas for a long time. There is not much information about her early life.

However, we found her education details. She has studied at Highland Park High School. Later she joined Southern Methodist University, where she finished her college studies. Jennifer eventually earned a graduation degree from Hollins University.

Jennifer’s family has been involved in the real estate business for a long time. They were experts in real estate development, construction as well as in interior design. Her family also has contributed to native Texans somehow by making residential sales a perfect fit for them.

Jennifer Davis Long Net Worth and How She Makes Money?

Jennifer has been best at her job as a Realtor. Considering her excellent work in real estate development, D Magazine has awarded her the best real estate agent in Dallas for three years 2016, 2017, and 2018. Jennifer has always received praising words from her clients.

Jennifer’s name started to get roaming around in media after she was finalized to appear as a friend on the 5th season of Real Housewives of Dallas. Few sources claimed that earlier she was chosen as one of the main cast members by Bravo TV. But when her husband David refused to be a part of the show, she was demoted as a friend of other cast members.

Jennifer even fell into controversy when her brother-in-law revealed the actual reason, why his brother David stopped filming in mid-season. Her brother-in-law Patrick wrote on his Instagram page that he would refuse too if she had threatened his life too. However, later Jennifer defended herself mentioning Patrick’s statement as a lie and absolutely false.

The new season of RHOD started appearing on 21st January 2021. People are just loving the reality show, and most importantly the presence of beautiful ladies. Jennifer’s appearance as a friend has also been loved by the audience.

Jennifer is married to the real estate agent, David Long. She has been married to David for seven years now. Jennifer and David share a three-year-old daughter named Davis “Vivi” RoseMary.

The speculation of Jennifer’s divorce with hubby Mark is going strong now. The rumor spread like fire when Mark refused to appear on RHOD with Jennifer. However, in June Jennifer tried to defend her marriage by sharing a post on Instagram. She posted her throwback wedding picture and shared a caption like people will know the real story soon.

Starting 2022, the RHOD star Jennifer Davis Long’s personal wealth is estimated to be roughly in the range of $100K to $1 million. She has collected the hefty figure from her real estate business and making appearances in the reality show.

Desiree Washington Net Worth & Wiki: How Rich is She Actually?