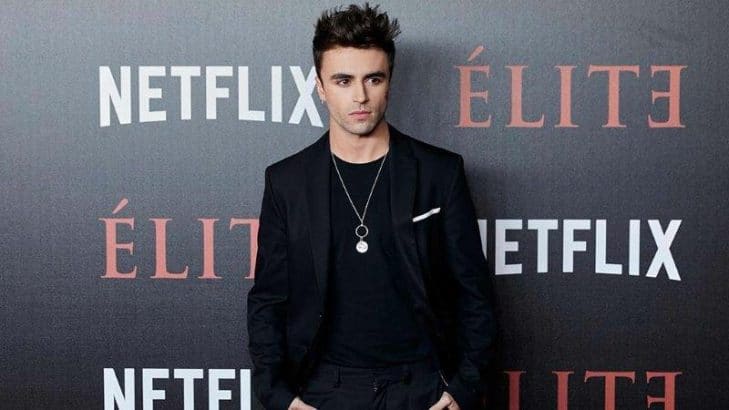 Itzan Escamilla is a famous Spanish actor. He is best known for his portrayal of Samuel Garcia Dominguez in Netflix’s Spanish teen drama series “Elite”. The fourth season of the series started premiering on June 18, 2021, on Netflix. As of 2022, Itzan Escamilla net worth is estimated to be around $1.2 million.

Itzan Escamilla was born on 31st October 1997 in Madrid, Spain. Nothing is much known about his early life, and his parents. He has studied acting at the prestigious Cristina Rota School of Dramatic Arts based in Madrid. Though, he attended only two years out of four years program.

Itzan is a big fan of a late actor, James Dean. He would love to play the legendary actor if he would be given to play his character someday.

Itzan started off his acting career in 2016, by appearing as Isco in the Spanish TV series “Centro medico”. He showed up in the series for only one episode. The same year, he played the role of Juan in another Spanish TV series “Victor Ros”. He showed his brilliant acting skill in the series for seven episodes. Then, at the end of 2016, she appeared as Gorilla in the Spanish soap opera “Seis Hermanas”.

Escamilla begins 2017 by appearing as Gonzalo in the Spanish TV series “El final del camino”. He appeared in the series for two episodes. After that, he became a part of Spanish fantasy TV series, where he played the role of young Simon Bolivar. His splendid performance in the series helped him to get some early recognition.

Itzan came up with another outstanding performance at the end of 2017 when he was cast as 15 years old Francisco Gomez in the Spanish period drama series “Cable Girls”.

His breakthrough role came in 2018 when he was selected for the role of Samuel Garcia Dominguez in Netflix’s teen thriller drama series “Elite”. His exceptional performance in the series earned him wide recognition. The series revolves around the story of three working-class students who joined the school through a scholarship program and their wealthy classmates. The fourth season of the series started premiering on Netflix on 18 June 2021.

At the current age of 24, Itzan Escamilla stands to be at a height of 5 feet 9 inches or 175 cm tall and weighs around 65 kg or 143 pounds. His body stats like chest size, waist size, and arms size are not available at the moment. Likewise, his hair color and eye color are both dark brown.

Itzan Escamilla is probably single at the present time. In 2019, he was rumored to be dating his Elite co-star, Ester Exposito. The rumor started when he posted an intimate picture with Ester on his Instagram in September 2019, captioning the post “take me to sun city”.

Likewise, Itzan’s sexuality was also questioned after he posted a picture kissing a guy on his Instagram. Though, his fans came in his support and claimed that it’s just a picture.

Itzan Escamilla has amassed a total net worth value of around $1.2 million by 2022. He has been able to gather such a hefty figure from his acting career. Besides acting, he is also expected to be getting a handsome figure of around $50,000 from his modeling career. In fact, he is signed to one of the well-known Spanish Talent agencies, Garay Talent.

Frank Bonner Net Worth: How Rich was the Actor Actually?