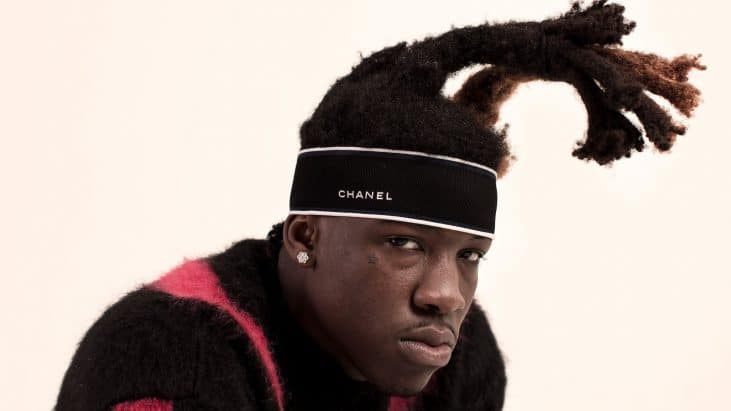 Hotboii is a 21-year-old American hip-hop artist and rising rapper. He is best known for his 2020 released song titled “Don’t Need Time”. Hotboii received further recognition with other singles “Goat Talk” and “They Don’t Know”. As of 2022, Hotboii has earned an approximate net worth of $500 thousand.

Hotboii was born Javarri Latre Walker on June 13, 2000, in Orlando, Florida, United States. He grew up in the Pine Hills neighborhood with 16 siblings. Hotboii started singing at the early age of 7. His mother has always inspired him to pursue his musical dream. In fact, his mother made him a home studio, where he can work on his songs.

Hotboii started off his music career by making songs and uploading them to SoundCloud and YouTube. He fell in trouble in 2016, while he was caught breaking into someone’s house without their permission. Due to that, he had to spend 2 years in a juvenile detention program. It was during that time, he started taking music seriously.

Hotboii Net Worth & Career in Music

He released one of his early songs “Switcharoo” in 2016. With song, he was successful to receive some recognition. After he was released from detention in 2018, he published his first music video titled “Life of Dog”. After a year, he released the song “YG’s”. Through the song, he was sharing his own life story.

Hotboii, came up with a bang in 2020, releasing a new song titled “Don’t Need Time”. It turned out to be a breakout song of his career. In just five months of release, the song received over 9 million streams on Spotify. Likewise, it generated 24 million views on YouTube. To date, the song has over 53 million YouTube views.

Hotboii gave a hit song “Malcolm X” featuring Pooh Shiesty on December 19, 2020. The official music video has over 4.7 million views on YouTube. His most recently released songs which have gone for over a million views are “Stingy”, “Problems (No Rights)” and “F*cks S*it 2”.

Hotboii is possibly single right now. He has not been in the news for his link-up and love affairs. It is possible that he might be seeing someone, but, doesn’t want to reveal her name. The young rapper is getting quite popular on Instagram, where he is followed by 822K followers as of this writing.

Within a short time, he has been successful to achieve wide recognition. Through his music career, he has amassed an approximate fortune of $500 thousand. Hotboii has his own self-titled YouTube channel, which has 458K subscribers. He might be earning a hefty sum from his YouTube channel as well.

You May Also Like:   Ja Rule Net Worth: How Rich is the Rapper Actually in 2022?